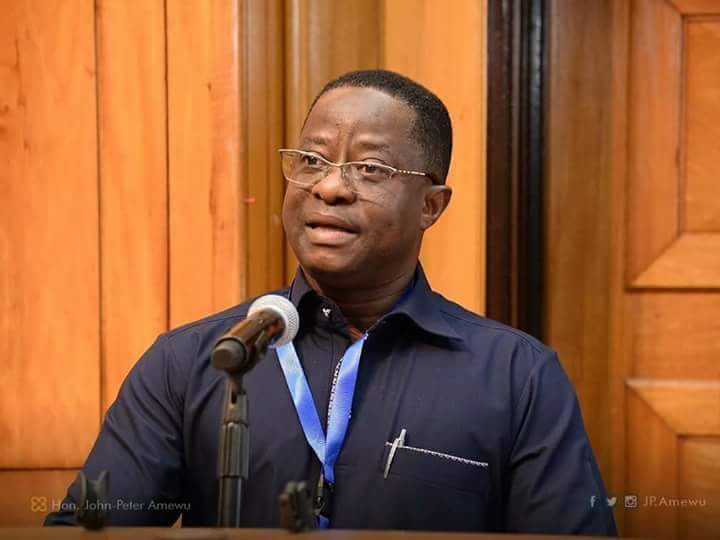 Mr John-Peter Amewu, Minister of Railways Development and Member of Parliament (MP) for Hohoe Constituency, has said one of his many plans for the railway sector was to leave a legacy of a revamped and robust sector driving Ghana’s transport sector and economy during and after his tenure.

He said he would also detach the Asset ownership role of the Ghana Railway Development Authority (GRDA) as a regulator of the industry adding that “I sincerely believe this will help bring efficiency and encourage the private sector to drive the growth of the industry.”
Mr Amewu in his first statement as Minister for Railways Development and copied to the Ghana News Agency (GNA), expressed gratitude to President Akufo-Addo for his confidence in him to represent the railway sector as Minister.
He said it would also be his top priority as the new minister to speed up processes for the completion of the Intercontinental transportation system through rail from Tema to Burkina Faso.
Mr Amewu said the completion of the system would help to facilitate the supply of products and services while creating a good business bond with neighbouring Burkina Faso and beyond.
The MP pledged to work to speed up the full implementation of Ghana’s Railway master plan that included; a comprehensive plan for the Western, Eastern, Central railway infrastructure, and the suburban railway infrastructure among others.
He called on Ghanaians, employees, and other stakeholders of the railway development ministry for their unalloyed support and prayers to help him drive change in the railway sector.
Mr Amewu said he recognised the unflinching support from his spouse and family, the Hohoe constituents, the New Patriotic Party fraternity, well-wishers across Ghana and the world, the Ghanaian media and people on social media who promoted and projected the Hohoe for development agenda adding that “I am grateful for all your support.”
He commended his predecessor Mr Joe Ghartey for his good work at revamping the railway sector during his tenure.
SOURCE: GNA
John-Peter AmewuMinistry of Railways Development