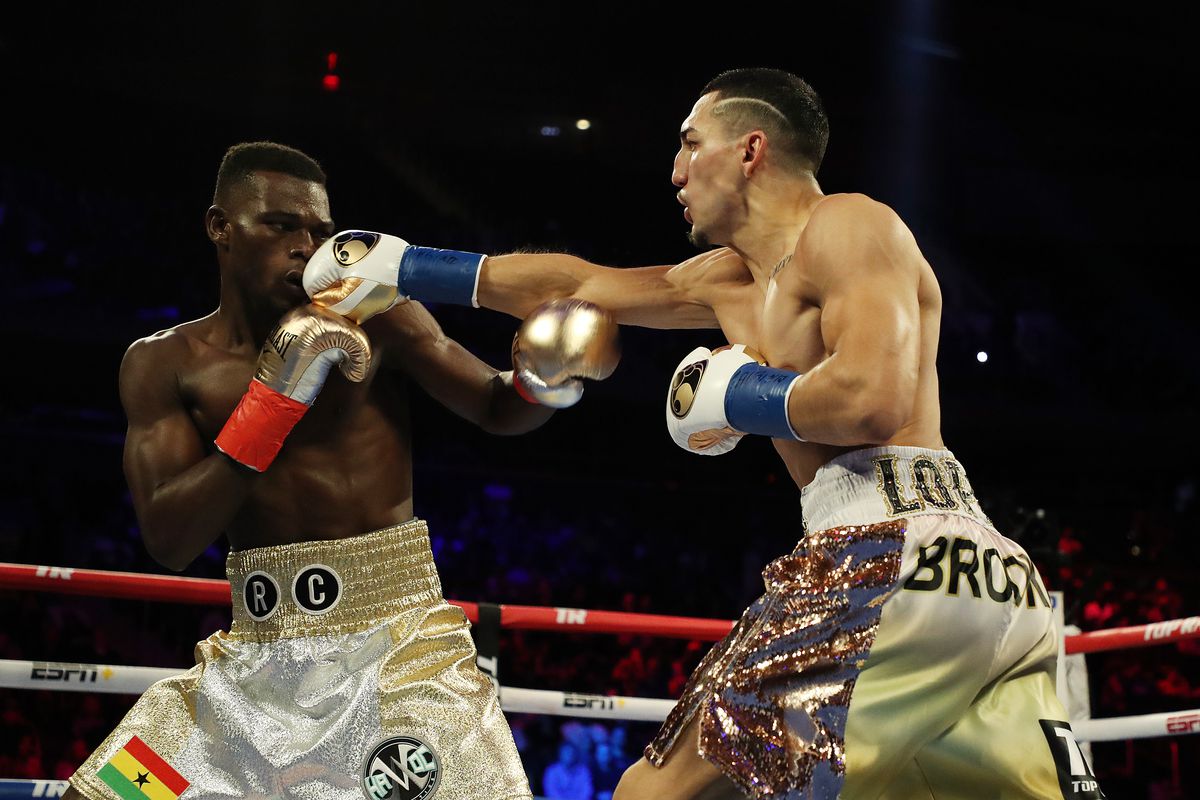 I have no excuses for title loss – Richard Commey

Former IBF Lightweight champion Richard Commey says he has no excuses for his second round knockout defeat to Teofimo Lopez.

Richard Commey lost his IBF Lightweight title following a second round obliteration suffered at the hands of Teofimo Lopez at the Madison Square Garden in New York on Sunday morning. Commey was caught by a powerful right hook which sent him to the canvass and never recovered as he was finished by a flurry of punches with the referee left with no choice but to stop the fight.

Speaking moments after the loss, Commey said he has no excuses to make.

“We both went for it and he got lucky, I got hit. I was unlucky. It happens to all the great fighters out there. Mohammed Ali, Lennox Lewis who even suffered a defeat like this but came back stronger. Anthony Joshua’s just won back his title. So these things happen and there’s no excuse for that. I got caught and the referee had to stop the fight” the vanquished Commey said.

Asked whether he thought the referee called time on the bout too soon, Richard Commey indicated he perfectly understood the referee’s decision.

“I think the referee had to stop the fight because I wasn’t throwing my hands and a lot of boxers have lost their lives in the ring so I think it’s a precaution and they don’t want to lose anymore lives so so once they see anything scary or like this they stop it so he did what he had to do which is to protect the boxer so I have no problem with it” he stated.

Richard Commey will now have to take the long route towards winning back the IBF title from Teofimo Lopez or the long route on Vasyl Lomachenko who has unified the WBA (Super), WBO and the WBC’s new franchise titles.