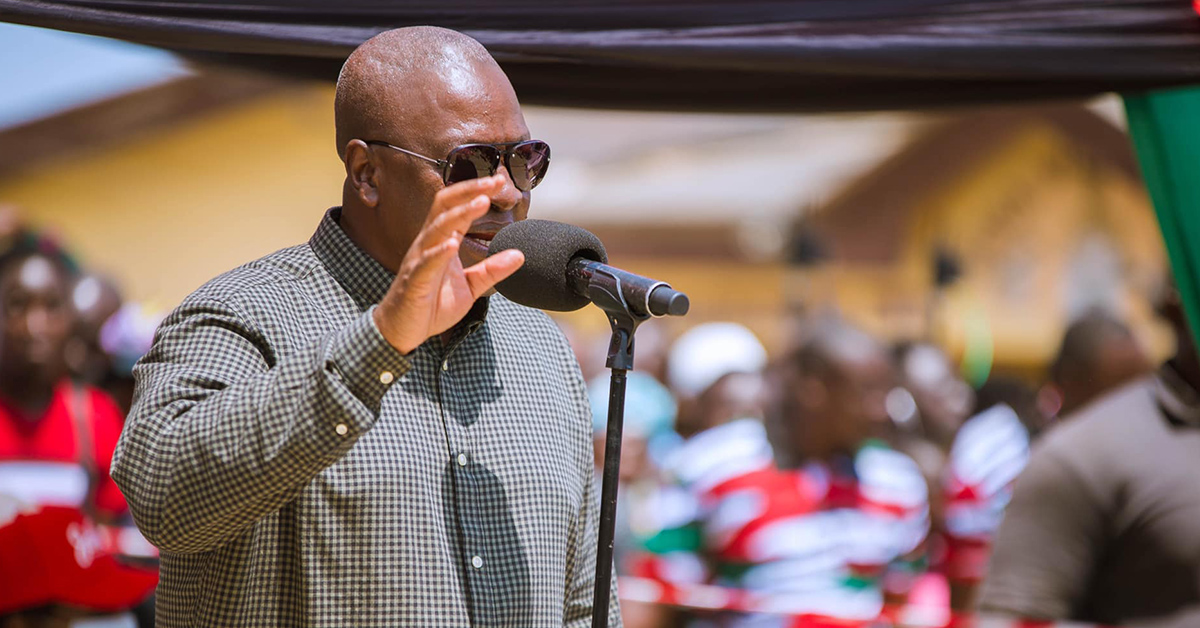 The Presidential Candidate for the National Democratic Congress (NDC), John Dramani Mahama has accused the ruling New Patriotic Party (NPP) for fueling a propaganda to create an impression that he was corrupt whiles in government. He argued that there is no iota of truth in the claims made against him, adding that those corruption tags were sheer political conditioning of the Ghanaian people against his person.

In a teaser of an interview which is scheduled to play today on Asempa Fm’s Ekosiisen Show, former President John Mahama retorted that claims of corruption and inflated government projects which were championed by the Vice President Dr. Mahamudu Bawumia should be directed at the public servants whose responsibility was to undertake due diligence. He asked if the Akufo Addo government had made any effort to investigate any of the engineers or civil servants in the roads ministry who supervised these projects. He added that those engineers that worked under his administration are the very ones working under Akufo Addo.

“You listen to me…those engineers at the ministry of roads that worked on these roads are these same engineers working there under this same government. Who has been arrested or investigated for these projects? If there really was an inflated project, show us where the inflation occurred?”

Mr. Mahama chided Dr. Bawumia for being manipulative of the facts about the cost of road interchanges constructed under his government to what is being undertaken currently.

“You know, it’s based on very simplistic thinking. They took the Kasoa Interchange as basis for their comparison. Look at what Bawumia did…he was comparing interchanges with different scope of works. So of you are a layman in engineering and you just look at that and this, you will conclude that it’s more expensive.

“The Kasoa Interchange came with three bridges, a polyclinic, two brand new secondary school, twenty-one kilometres of road in Ga East District, and twenty communities got clean drinking water systems. So if you look at the bridge alone and say it’s more 3xpensice, it clearly means there’s something wrong with you,” he justified.