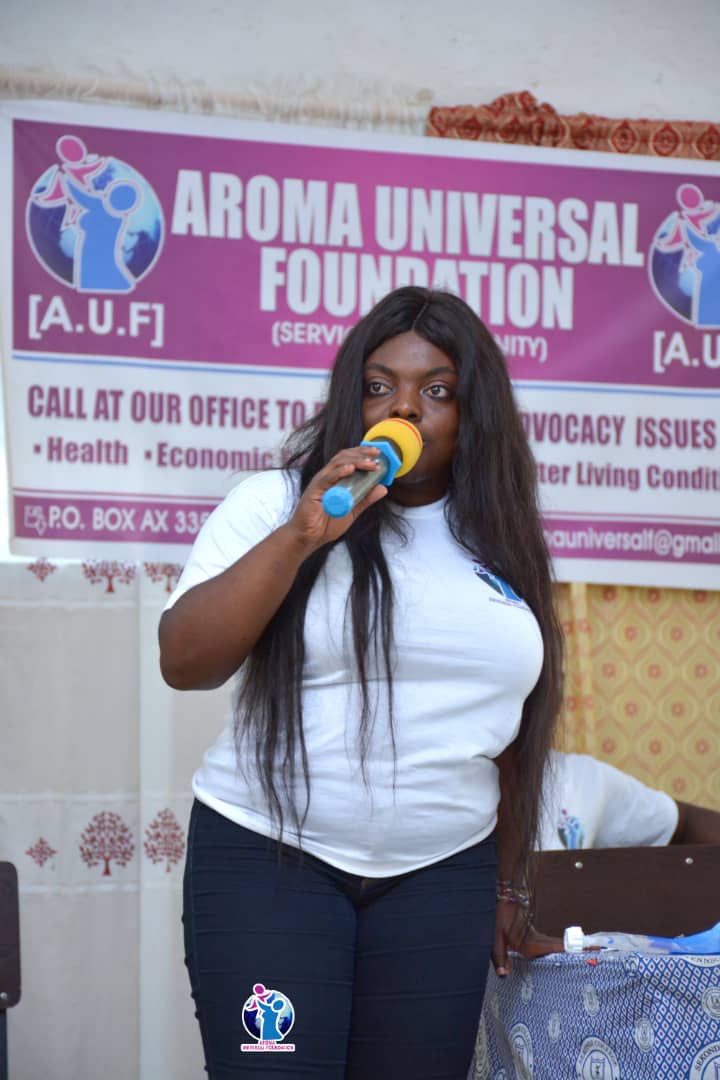 Saving lives and promoting good health has been the hallmark of Aroma Universal Foundation; a non-profit making organisation based in Takoradi of the Western Region.

The organisation as part of a major health campaign for the year, has embarked on a series of community outreaches to screen then of illnesses such as malaria, hypertension, hepatitis B, breast cancer and EPI immunization for children.

This time round at Whindo a suburb of the Effia Kwesimintsim Municipality, the medical team mobilised by Aroma Universal Foundation extended the free service to over one hundred residents, most of which were women and children and other vulnerable persons.

The Executive Director of Aroma Universal Foundation, Miss Monica Dede Odonkor in an interview with the media said the foundation seeks to support women and children who are most vulnerable in our societies in terms of disease out-break and other occurrences.

She explained that the gesture extended to the community is to support the wellness and productive life of the people as they celebrate the 2019 Kudum Festival for the Kwesimintsim Traditional Area.

Nana Kojo Adanse II who spoke on behalf of the Whindo Chief, Nana Kwesi Esiam expressed his heart felt gratitude to AUF. He said the financial implications for seeking health care has been a problem for most to the residents, accounting for hundreds of deaths over the past years.

This is health project was proudly sponsored by the Toronto Circuit of the Ghana Methodist Church in Canada whilst Tobinco and other individuals supported us with the drugs.