Home BUSINESS Help us, trading is our only survival – Traders in Bogoso cry... 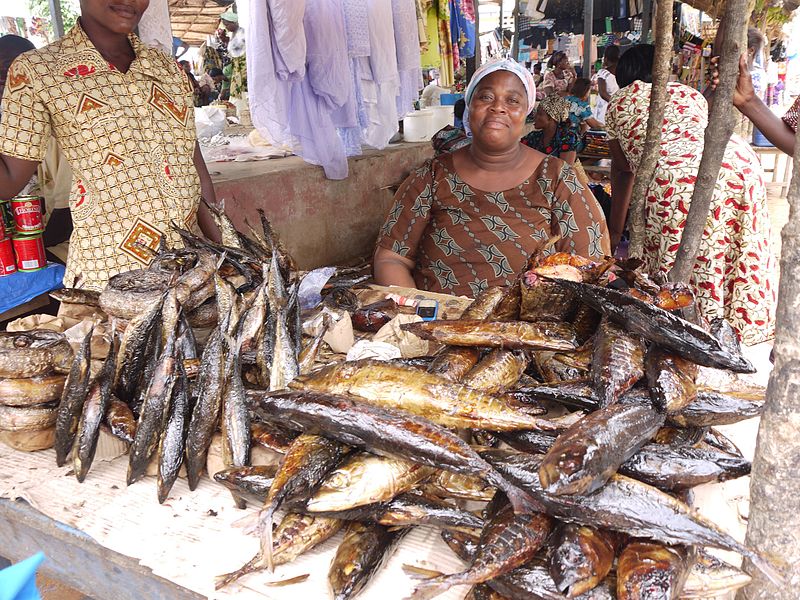 Some traders who trade at the Bogoso market in the Prestea Huni-Valley Municipal are pleading with Authorities of the area to allow them ply their trade at the market, since it is their only source of livelihood. They say if a decision to have them relocated holds, it will have dire consequences on their personal life, and that of their many dependents.

The traders, who called to lodge their complain with Skyy Power FM, said the municipal authorities have warned that they will not allow them access into the market to trade – something they have done for about twenty (20) years and over.

According to the traders, when they got to the market on Saturday, they were refused entry with the reason that the market is being worked on due to the Covid pandemic, but in actual fact, nothing is happening, and that it is just a ploy to get them off from where  they trade.

Auntie Esi, a fishmonger, told us they have been told to stay away from the market due to a reconstruction project, but that may not be the real intent.

“They have asked us to go to the school park and sell because Nana Addo says he wants to break down the market and reconstruct, but I don’t believe that is the true reason. The other day too when we went to Wassa Akropong to sell, they asked us to go and sell at the park, and our fish were not bought. We sold nothing, incurring huge in the process.

“Today too in Bogoso, we are being instructed to go to the park. We know that when we go there, our fish won’t be bought and we will incur huge debts. The park they’re asking us to go is too far from town, and we fear no one will come and buy from us,” she said.

Another fishmonger, Adwoa Bawa, revealed that they have contracted loans that they use for their work, and that if they are not allowed to sell, they cannot pay off those loans. She asked the authorities to have mercy on them and be allowed to trade at their present location.

“We are working with loans, and if this should continue, we cannot pay off our loans. We need help. That park they are asking us to go is a place where they have built all around, and we think it will be a bad location for our fish. Please plead with them for us,” she stated.

A single mother, Eno Mensima pleaded with the authorities to reconsider the decision since the negative impact of the decision, if it is allowed to stand, will trickle down to their children. A situation, she said, must be avoided.

“We are mother’s taking care of several children, so they should kindly allow us to sell at where we are presently. Now that schools are on break, these children eat almost all the time, so it will be more difficult if we are told not to trade here. My husband died a long time ago, and I’m the only one taking care of them. So if you don’t help me, the kids will suffer. Please,” she pleased.

The fishmongers, according to our sources, come from areas such as Axim, Takoradi, Sekondi, Half-Assini, among other areas.