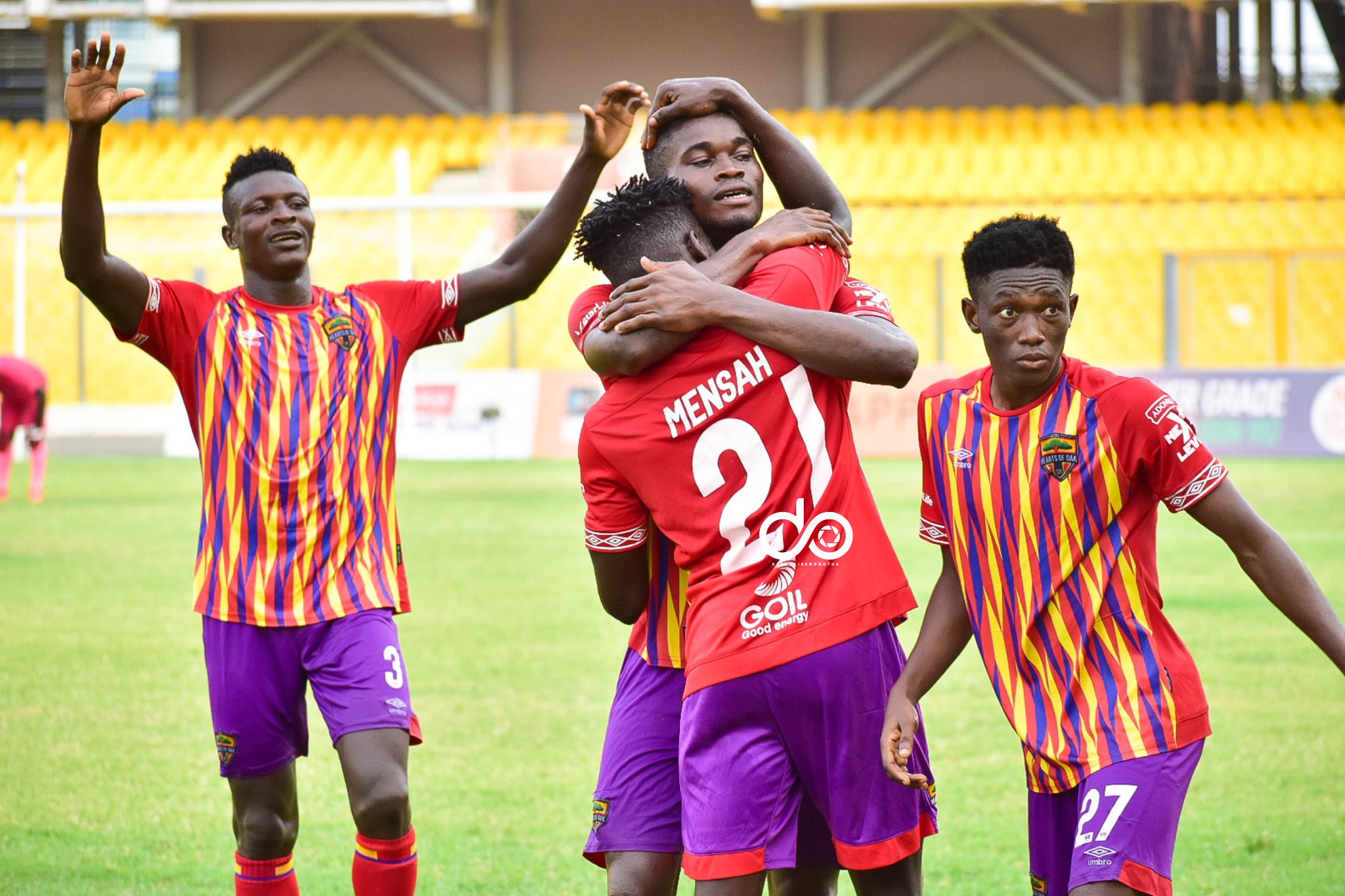 Substitute Isaac Mensah scored in second-half added time to give Accra Hearts of Oak maximum points as they edged Ebusua Dwarfs 3-2 in a match-day 15 encounter of the 2020/21 Ghana Premier League played at the Accra Sports Stadium on Sunday.

Ebusua Dwarfs nearly secured a point after coming back from two goals but Mensah’s instinctive strike was enough for Hearts who ended their four-game winless blip and moved them into mid-table position.

Hearts were on the front foot right from the blast of the whistle as they searched for the early lead and were awarded a penalty in the sixth minute by Referee Jones Akubiem after Dwarfs goalkeeper Razak Issah was adjudged to have fouled Patrick Razak.

Victor Aidoo stepped up and struck home from the penalty spot to give Hearts the lead.

Hearts were in the mood for more goals and were awarded a second penalty by Referee Akubiem after Simon Martey brought down Patrick Razak in the penalty box.

Aidoo stepped up once again and struck the ball into the net to give Hearts the cushion goal.

The game was very open and Frederick Ansah Botchway nearly scored the third goal for Hearts but his 25-yard strike was brilliantly saved by Dwarfs goalkeeper Razak Issah.

Dwarfs on the other hand struggled to create any goal scoring chances with Hearts resolute in their defence.

But Moro Sumalia pulled a goal back for Ebusua Dwarfs right at the end of the first half to set up a fascinating second-half encounter.

Ebusua Dwarfs started the second half a more determined side and were the better side in the opening minutes as they searched for equalizer.

Seidu Abubakar nearly restored parity for the away side but his effort at goal could only find the side net.

Moro Sumalia nearly scored his second goal of the game for Dwarfs in the 73rd minute but a good defensive clearance by Raddy Avouka on the goal line ensured Hearts maintained their lead.

But Hearts couldn’t hold onto their lead as Referee Jones Akubiem awarded the away side a penalty in the 78th minute after Larry Sumalia’s rushed challenged on Moro Sumalia in the penalty box.

The game was there for the taking as both sides pressed for the winner.

But it was the Phobians who had the last laugh as substitute Isaac Mensah delivered a superb strike to give Hearts all three points in fascinating encounter.