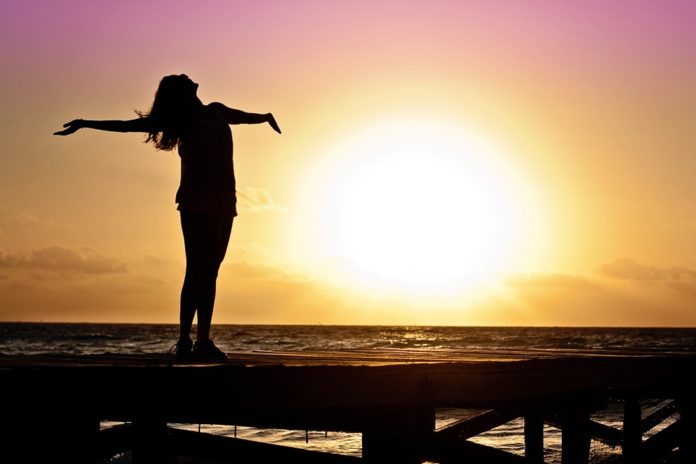 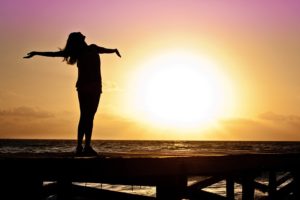 If you’ve ever wondered how to live a long, successful and happy life, Harvard researchers may just have your answer.

“The surprising finding is that our relationships and how happy we are in our relationships has a powerful influence on our health,” Robert Waldinger, a psychiatrist and professor at Harvard Medical School, told The Harvard Gazette in 2017. “Taking care of your body is important, but tending to your relationships is a form of self-care too. That, I think, is the revelation.”

Waldinger, the director of the Harvard Study of Adult Development, said in a viral 2015 “TED Talk” released in 2015, that “good relationships keep us happier and healthier.”

The ongoing Harvard study is considered one of the world’s longest studies of adult life, having started in 1938 during the Great Depression.

“Our study has shown that the people who fared the best were the people who leaned into relationships, with family, with friends, with community,” Waldinger said in the TED Talk.

The study aims to shed light on how “psychosocial variables and biological processes from earlier in life predict health and well-being in late life (80′s and 90′s), what aspects of childhood and adult experience predict the quality of intimate relationships in late life and how late-life marriage is linked with health and well-being,” according to the study’s website.

“Most of what we know about human life, we know from asking people to remember the past, and as we know, hindsight is anything but 20/20,” Waldinger said. “We forget vast amounts of what happens to us in life and sometimes memory is downright creative.”

In the past 79 years, the researchers tracked the lives of 724 men, following up with each one on an annual basis to ask about their work, home lives and health.

They not only received questionnaires, Waldinger said, but they were also interviewed in their homes, provided their medical records from their doctors, got their blood drawn, their brains scanned and let the researchers talk to their children.

The participants were broken up into two groups: The first group started in the study as sophomores at Harvard College and finished college during World War II, with most heading off to serve in the war. The second was a group of boys from Boston’s poorest neighborhoods, selected specifically because they were from some of the most troubled and disadvantaged families in the Boston of the 1930s, Waldinger said.

After gaining tens of thousands of pages of research data based on these participants, Waldinger said, the clearest message from the study is that “good relationships keep us happier and healthier.”

Here are the three lessons you can learn about relationships from the study, according to Waldinger:

Social connections are ‘really good’ for you

Waldinger said the first lesson you can take is that “social connections are really good for us and that loneliness kills.”

“It turns out that people who are more socially connected to family, to friends, to community are happier, they’re physically healthier and they live longer than people who are less well connected,” he said.

On the contrary, keeping to yourself and experiencing loneliness is toxic. Waldinger points out that people can even feel lonely in a crowd of people or in their marriage.

“People who are more isolated than they want to be from others find that they are less happy, their health declines earlier in midlife, their brain functioning declines sooner and they live shorter lives than people who are not lonely,” Waldinger explained.

When it comes to relationships, pick quality over quantity

Just as a parent or teacher may have once warned you, Waldinger said that when it comes to friends, it’s not about the number of friends you have, but “it’s the quality of your close relationships that matters.”

Waldinger adds that you should also make sure your relationships are healthy because your willingness to commit to a person or people is not enough to reap the benefits.

Good, warm and close relationships, on the other hand, have the ability to “buffer us from some of the slings and arrows of getting old,” Waldinger said.

Eighty-year-old men and women who were happily partnered reported that on the days when they had more physical pain, their mood remained just as happy. Meanwhile, those in unhappy relationships had their physical pain magnified by being in more emotional pain.

Waldinger explained that in addition to positively affecting your physical and emotional health, good relationships have the power to sharpen your memory.

People who are in relationships where they feel they can count on their partner in times of need actually have a sharper, longer-lasting ability to remember things.

All the same, those who were in a relationship where they felt they couldn’t count on their partner experienced early memory decline.

To clarify, it’s not that the researchers found that people in good relationships were flawless or had to be easygoing all the time.

“As long as they felt that they could really count on the other when the going got tough, those arguments didn’t take a toll on their memories,” Waldinger said.

If you want to be happier and have stronger, positive relationships, Waldinger recommended “replacing screen time with people time,” “livening up a stale relationship by doing something new together,” such as long walks or date nights, or “reaching out to that family member who you haven’t spoken to in years.”

“Relationships are messy and they’re complicated and the hard work of tending to family and friends, it’s not sexy or glamorous,” he said. “It’s also lifelong. It never ends.”

THE 3 KEYS TO A HEALTHY RELATIONSHIP:

6 Keys To Successfully Starting Your Own Business