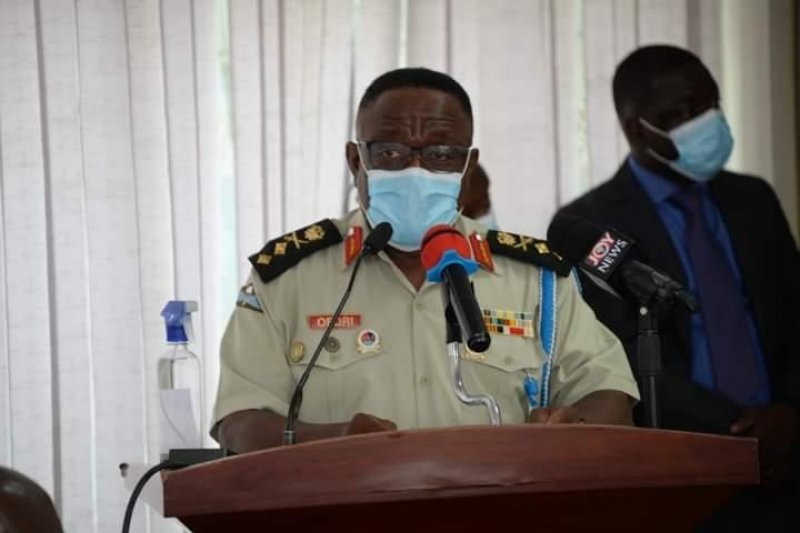 He said the GoG, which stretches from Senegal in West Africa to Angola in Central Africa (covering approximately 6,000km of coastline), was also increasingly becoming the world’s leading hotspot for kidnapping and armed robbery at sea.
Maj. Gen. Ofori noted that in the International Maritime Bureau’s (IMB) 2020 report, 195 incidents of piracy and armed robbery against ships were recorded worldwide.
He said out of the 135-crew kidnapped from their vessels in 2020, 130 were from the GoG waters representing over 95 per cent of crew members kidnapped in 22 separate incidents.
Maj. Gen. Ofori said this at the opening of the Developing Maritime Security Culture Course in the Gulf of Guinea at Prampram in the Greater Accra Region.
The eight-day programme is being attended by 21 participants drawn from 10 countries drawn from West and Central Africa; namely Ghana, Togo, the Ivory Coast, Liberia, Sierra Leone, Senegal, Nigeria, Guinea Bissau, Cameroun, and Congo Brazzaville.
The course, which is the third in series, is being organised by the KAIPTC in collaboration with the Government of Denmark and the Inter-Regional Coordinating Centre (ICC), and seeks to expose participants to current knowledge on maritime security in the GoG.
The pilot course was held at Takoradi, Ghana, in October, 2020 and received very good feedback.
The second course took place in Cotonou in Benin in November, 2020 and together 54 personnel have had their capacities strengthened so far.
The current course has been designed with inputs from maritime security experts in the sub-region and reflects the most current realities on the ground.
Maj. Gen. Ofori recounted that on January 23, 2021, 15 crew were kidnapped and one person killed in a pirate attack of the container ship M/V Mozart (Liberian-flagged vessel) off the Nigerian coast.
He said latest statistics indicated that pirates in the GoG had honed their capabilities and were now launching attacks further from the coast.
“A week after the attack on MV Mozart, on 30 January 2021, MV Rowayton Eagle flying a Marshal Island flag was attacked about 200 nautical miles (nm) from shore, and similar incidents at sea are not uncommon.”
Maj. Gen. Ofori described the situation as a worrying trend that could only be resolved through increased and shared intelligence, information exchange, coordination between and among vessels and response agencies in the GoG region.
He said the IMB had indicated that attacks were documented in 15 GoG littoral states over the past three years.
“Clearly no country’s maritime space is immune. In this sense, having a shared maritime security culture means that maritime actors understand and appreciate the dynamics of maritime insecurity, whiles working to reduce maritime criminality at sea,” the Commandant said.
“This is important because we understand that the Somalian scenario may not be the same as what we have in the GoG.”
Mr Tom Norring, Danish Ambassador to Ghana, who joined the meeting virtually, said ensuring maritime security in the GoG was a shared responsibility between national, regional and international maritime players.
He said the Government of Denmark was committed to supporting that agenda of enhancing maritime security in West Africa through the Danish Maritime Security for the GoG.
Professor Kwesi Aning, Director of the Faculty of Academic Affairs and Research, KAIPTC, said the course would enable participants to search and understand the complexities of the challenges of maritime security and the hurdles that they needed to overcome in response to the challenges.
Assistant Superintendent of Police (ASP) Peter Kwarteng, the Second in-Command of Tema Maritime Police, a participant, in an interview with the Ghana News Agency, said in order to address the issue of maritime security in the GoG, there was the need for countries in the sub-region to share information.
GNA
Gulf of GuineaKofi Annan International Peacekeeping Training Centre