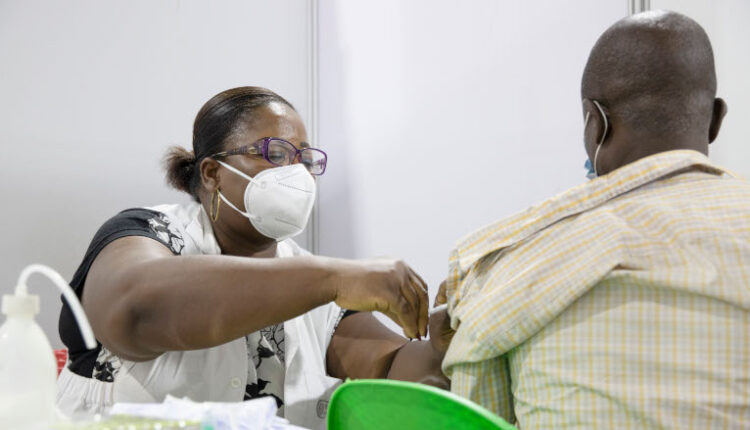 Government’s recent directive compelling all citizens to get vaccinated by January 2022 has triggered a sudden spike in COVID-19 vaccination in the Awutu Senya West District.

Even though vaccine hesitancy has generally not been a challenge in the district, Mrs Nancy Ekyem, the District Director of Health, said the announcement had generated a fresh wave of interest.

With a total population of 105,958 people, she said a total of 17, 681 of an eligible population of 57,217 had been vaccinated, with a significant number of them vaccinating within the past few days.

The emergence of the new COVID-19 variant, Omicron, has become an issue of great public concern recently, compelling the government to intensify its vaccination drive and other measures against the virus.

The government, through the Minister of Health, announced that some specific groups of people, including commercial drivers, health workers, security personnel, all staff and students in secondary and tertiary institutions aged 15 and above, and all other government workers, must be vaccinated by January 2022.

The Minister additionally declared that proof of vaccination would be requested before people could access entertainment centres like nightclubs, beaches, sports stadia and restaurants.

“Formerly, people were not that enthused about getting the vaccination. But after the directive, people are coming out and then when we go out too, we don’t face any kind of resistance,” Mrs Ekyem told the GNA.

Touching on the COVID-19 situation in the district, she indicated that the directorate had so far recorded 63 confirmed cases and three fatalities since last year with no active case presently.

She maintained that “surveillance is well activated, so we are on the ground picking any event worth investigating”.

Apartment from the schools where teachers needed clearance from parents, which was later resolved with the Education Directorate, she stressed that they had not experienced any major setback in the vaccination exercise since October.

“We were having a limited number of teams for the vaccination but then from last week, we were given the opportunity to increase the teams and since then it’s been going on well,” she added.

To prevent people from travelling distances, which she acknowledged was a major disincentive, Mrs Ekyem said the strategy now was to move to the people.

“So now we are not only based at the health facilities. We are doing house to house, we are also at the various market places and lorry parks, and then we also visit the various religious centres,” she noted.

Mrs Ekyem commended all churches, particularly the Church of Pentecost, Ghana, for their collaboration and support in the vaccination drive.