Home General Got Two Periods In One Month? These Are All Of The Possible... 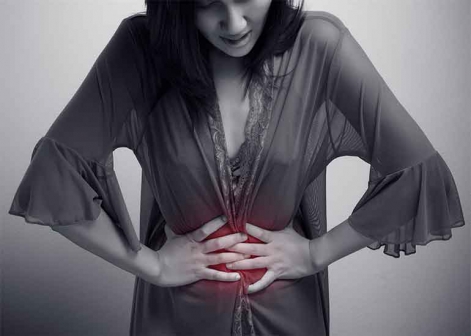 It’s bad enough dealing with your period once a month—the cramps, the mood swings, the ruined underwear… But twice?

As it turns out, getting your period twice in one month isn’t all that abnormal. But if you’re part of that (pretty unlucky) group, know this: “Irregular bleeding can have different implications depending on age, medical history, and family history,” says Alyssa Dweck, M.D., an ob-gyn and author of The Complete A to Z for Your V. “So it’s important to seek ob-gyn guidance if you have persistent, recurrent, or worrisome bleeding habits.”

So how is it even possible to get two periods in one month?

“The average cycle should occur every 21 to 35 days and last anywhere from two to seven days,” explains Lakeisha Richardson, M.D., an ob-gyn based in Greenville, Mississippi. So if you’re on the shorter end of that spectrum, that math could easily translate into getting your period twice in one month. And about 40 to 60 percent of women will have some irregular periods throughout their lives, she says.

If you don’t just have a cycle that’s on the shorter end of the spectrum, your “period” might actually be bleeding linked to a medical condition or missed birth control. And even though most of the reasons are totally benign, seeing your doctor can help identify the cause.

Here’s what might be going on if you’re getting two periods in one month—and what to do to get your cycle back on track.

1. You forgot to take your birth control.

Duh, right? “Missing birth control pills or forgetting your Depo-Provera shot will always cause irregular bleeding,” says Dr. Richardson. “Anytime you fail to take a birth control method correctly, you will bleed because you have an abrupt withdrawal of hormones.” This kind of bleeding, though, is not an emergency. “

If you resume your birth control by following the instructions, the bleeding will subside, she says. Just make sure to use a backup method of birth control to prevent pregnancy until your next period.

Much more rarely, ectopic pregnancies (e.g. when a fertilized egg implants outside of the uterus) can also cause irregular bleeding very early on in pregnancy, says Christine Masterson, M.D., chief of the women and children’s service line at Summit Medical Group in New Jersey.

Obviously, a bun in the oven can be ruled out with a simple pregnancy test. Keep in mind that false negatives are relatively common if you haven’t yet missed your period. If you experienced earlier-than-expected bleeding after your normal period, take the test again about a week after you’d usually expect to get your period.

Since ectopic pregnancies also result in a positive pregnancy test and can become an emergency if left untreated, see your doctor for an ultrasound to confirm whether the embryo has implanted in your uterus. If it is an ectopic pregnancy, you’ll receive meds and potentially other treatments to prevent life-threatening complications.

3. You have uterine polyps or fibroids.

Uterine issues like polyps or fibroids—benign lesions or tumors that can grow in the uterus—are very common and may be related to hormonal issues. “Uterine polyps can cause bleeding in between periods,” says Dr. Dweck, especially if they are touched, like during sex, and “fibroids can cause pain, back pain, abdominal bloating, anemia, pain with intercourse, and spontaneous bleeding because they’re not associated with the menstrual cycle,” explains Dr. Richardson.

Head to your ob-gyn for an ultrasound, a uterine biopsy, or a hysteroscopy (a scope that looks into the uterus). Hormonal medications such as progestins (sometimes in the form of an IUD) and gonadotropin-releasing hormone agonists may lessen symptoms of polyps and shrink uterine fibroids.

Sometimes, surgery or other medical procedures might be necessary to remove the growths. “Removal of the growths is usually curative and ensures that there are no other causes of irregular bleeding,” says Dr. Richardson.

4. You have an infection down there.

Vaginal and cervical infections are incredibly annoying for a number of reasons, not least of all that they can cause bleeding outside of your period. “Inflammation or infection of the cervix with bacteria such as bacterial vaginosis or trichomoniasis can cause irregular bleeding,” says Dr. Richardson.

Many STDs often don’t cause any other symptoms, although you may experience foul-smelling or gray, white or green discharge; itching or burning in your genital area; or burning during urination.

Check in with your doctor ASAP; these infections can be quickly and effectively treated, usually with antibiotics. “Research has shown that sexually transmitted disease such as trichomoniasis increases your risk of contracting HIV and other STDs,” she says.

An underactive or overactive thyroid gland can cause your period to come twice in one month. “The thyroid gland is regulated by hormones produced and regulated in the same area of the brain—the pituitary and hypothalamus—as the hormones that control menstruation and ovulation,” explains Dweck. “When one is off, the other might be affected.”

If you have hyperthyroidism (where your thyroid produces too much of the thyroxine hormone), you may also lose weight unexpectedly, feel nervous or anxious, have a rapid heartbeat, or have trouble sleeping. Hypothyroidism (too little thyroxine hormone) can cause weight gain, constipation, fatigue, and increased sensitivity to cold, among other symptoms.

This is diagnosed with a blood test and typically treated with medication. Hypothyroidism drugs restore your levels to a normal level so symptoms should disappear and you start feeling better soon. Hyperthyroidism medications can clear up symptoms within a few weeks by keeping your thyroid from overproducing hormones. Most of the time this treatment permanently fixes the issue, although sometimes you may need surgery.

Polycystic ovarian syndrome is a hormone imbalance that affects between 8 and 20 percent of women, according to the National Institutes of Health. “It’s a result of less frequent ovulation or the lack of ovulation, leading to an imbalance of estrogen, progesterone, and testosterone,” Dr. Dweck explains. “One of many symptoms includes irregular bleeding.”

If you think there’s a chance you have PCOS, schedule an appointment with your doc to be evaluated with a pelvic exam, ultrasound and blood test. If PCOS is causing irregular bleeding, you’ll likely get put on birth control pills or progesterone therapy to regulate your cycles. And since PCOS symptoms are often linked to weight gain, your practitioner may suggest lifestyle changes to help you lose weight.

7. You have precancerous or cancerous cells.

When found in either the uterus and cervix, precancerous and cancerous cells can cause irregular bleeding. “Suffice it to say, a tumor growing on the cervix or uterus can bleed erratically,” says Dr. Dweck. One study even found that irregular periods are more likely to lead to ovarian cancer, so early detection is key.

These are diagnosed with an ultrasound and uterine biopsy, and a pap smear and cervix biopsies, respectively, so if you’ve ruled out other causes, get to an ob-gyn STAT.

High levels of stress can cause either more frequent periods or completely missed ones, says Dr. Masterson, because the hormones that trigger your ovaries to ovulate every month originate in the brain (you know, the same place where stress starts).

Basically, when you’re swamped at work or worrying a lot (especially if it’s causing you to get less sleep), those hormones can misfire and affect your cycle in negative ways.

If you know you’ve been mentally stretched to the limit lately, consider doing some yoga or meditation exercises, or talking to someone who can help manage your stress. You’ll be surprised how much it can help your mind and body, says Dr. Masterson.

If you get back from vacation and find an earlier-than-expected period welcoming you home, you might be able to blame said vacation on your irregular bleeding. Depending on how far from home you went, excessive traveling can disrupt your period.

“Interfering with your circadian rhythms, like changing time zones or working night shifts, can cause changes in the hormones that trigger your cycle,” says Dr. Masterson.

As long as the travel was a one-time thing, this should resolve on its own. If you work the night shift regularly, though, irregular periods might be your new normal. Aim to clock at least six hours a night, and make the most of the sleep you do get by blocking out noise and light and avoiding using screens (like your phone) right before you nod off.

Since you’re already feeling the effects of late nights—and shift work can do harm to your health over time, increasing the risk of anxiety, depression, GI problems and even heart disease—you may want to consider talking to your boss about whether it’s possible to rework your schedule.

10. You’re in the early stages of menopause.

Perimenopause, which can start as early as your mid-thirties, can cause irregular periods, including ones that are more frequent and heavier than usual, says Dr. Masterson. Other symptoms to watch out for include hot flashes, night sweats, vaginal dryness, and sleep problems.

There’s not much you can do here (you’ve got to let nature run its course), but there are ways to ease the overall effects of perimenopause, like medications or other therapies, if your OB has confirmed that’s what’s happening. Hormone replacement therapy, which involves taking a pill to bump up your estrogen levels, can help ease the symptoms of perimenopause and reduce bone loss linked to menopause.

Rapid weight gain or loss and excessive amounts of exercise can also affect the hormones that stimulate ovulation, changing the typical pattern of your cycle.

“Usually if you are doing extreme exercise or have gotten underweight, your body turns off the ovulatory process—it thinks it’s in a famine situation, and that’s not a great time to have a baby,” Masterson explains. “But if you’ve become extremely overweight, you might see irregular bleeding happening more or less frequently than normal.”

If you think your weight might be to blame for your irregular periods, check in with your doc—it’s possible that there are external factors, like a medical condition or new medication, contributing to your weight gain that would be worth looking into.

Endometriosis is a condition where some of your uterine lining becomes trapped outside of your uterus. That means there’s more tissue to shed every month, causing more frequent and heavier periods. Your periods may also be quite painful, and you may have other symptoms like nausea, fatigue, pain during sex, and pain with bowel movements.

Check in with your doc, who may run a few tests, such as ultrasound, pelvic exam, and possibly and MRI or biopsy. If endometriosis is to blame for your irregular periods, you might get a prescription for birth control or another hormonal therapy that can help reduce the pain and slow the growth of endometrial tissue.

What Causes Low Libido in Men and How Can It be...