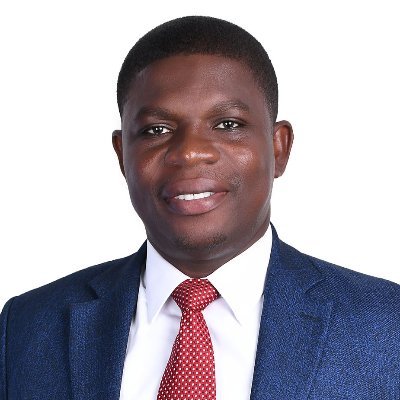 Mr Richard Gyan- Mensah, Member of Parliament (MP) for Gomoa West, in a maiden statement to Parliament, on Thursday sent words of comfort to families of the 12 children who got drowned at Apam Beach.

The sad event happened on Sunday, March 7, 2021, at the beach when the young people, between 10 and 17 years, who were swimming, were hit by a high tide that suddenly swept across the shore.
The tide dragged a number of them far ashore into the depth of the sea.
Local fishermen retrieved 13 of the dead teenagers-11 boys and two girls-from the sea, and 10 of the dead were identified.
Mr Gyan-Mensah informed the House that a search for the remaining was still underway.“God is our refuge and strength, a very present help in trouble.
“Therefore, we will not fear, though the earth be removed, and though the mountains be carried into the midst of the sea; though the waters thereof roar and be troubled, though the mountains shake with the swelling thereof, Selah! “the Gomoa West MP said in a Biblical quotation from Psalm 46:1-3.
He then added: “May God be our strength!
Dressed in black top and down, with a nose mask in black, the MP expressed his condolences to the bereaved families and assured them that he would continue to pray that the Good Lord Himself will strengthen and console them as the nation continued to pull together available resources to provide the needed support in such difficult time.
“This is a heavy loss for the Constituency and we can only stand together in grief and in support,” Mr Gyan-Mensah said.
The MP described the people of Gomoa West Constituency as “standing in the bruises of a disaster we are yet to understand and why it occurred.”
According to the MP, only two of the victims rescued survived with conditions that required urgent medical attention.
Among the people that visited the location were the Fisheries and Aquaculture Minister and the Central Regional Minister Designate, a delegation sent by former President John Mahama, led by Prof Naana Jane Opoku-Agyeman, the Running Mate of the opposition National Democratic Congress (NDC) in Ghana’s Election 2020, and the Central Regional Caucus of the NDC in Parliament to commiserate with the bereaved families, the fishermen the local traditional council.
Mr Gyan Mensah drew attention to the security agencies to the ban on attending beaches and observed that “it appears that there has been a total disregard of the ban announced by the President under the Imposition of Restrictions Act.”
He called on the law enforcement agencies to help enforce the ban by increasing security at the beaches.
“I also want to urge the Tourism Industry to come up with measures to help make our beaches safer or to at least prevent incidents like the one we recorded on Sunday, 7th March 2021, at Apam,” the Gomoa West MP said.
The MP described the event as “tempestuous misfortune” and said he had wished that his maiden statement on the floor of the august House would have been one that is “gleeful and inspiring.”
Mr Ambrose Dery, Minister for the Interior, agreed with MP for Gomoa West for the press and witness to be circumspect on comments on the disaster, in order not to ascribe unfounded motives to the disaster and to the wound of the bereaved.
Such should rather help the police with information in their investigations.
He gave the assurance that the Inspector General of Police and the Central Regional High Command were doing all that was possible to get to the bottom of the matter.
SOURCE: GNA
ApamRichard Gyan- Mensah
You might also like
News