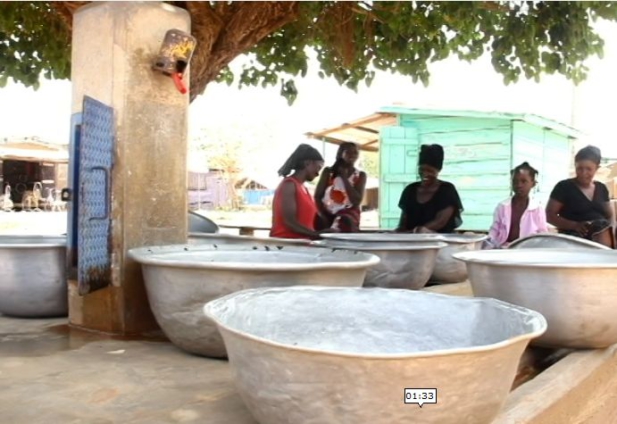 Some residents in the Gomoa East District are on a collision course with the Nyanyano District Branch of the Ghana Water Company Limited (GWCL) over water shortage in the area.

According to the residents, they have not had water flowing through their taps for the past two months yet they have received water bills from the Company.

They, therefore, visited the GWCL District Office Thursday morning to register their displeasure, seeking answers to the water challenges and requesting immediate withdrawal of the said water bills.

The residents threatened to embark on a demonstration and to petition Mr Desmond De-Graft Paitoo, the Member of Parliament for Gomoa East, to drum home their concerns if their demands were not met.

The shortage of water has led to a hike in water tanker supplies as most residents now rely on their services to survive.

Mr Emmanuel Amoako, who resides at Adade, told the Ghana News Agency that he had been given a GH¢63.7 water bill to pay for December although his tap had been dry for the past two months.

“The GWCL people are not telling us anything. They need to help us get water otherwise we are going to demonstrate,” he said.

Another affected resident, Mr Twum Barima, questioned why GWCL was unable to get water for the community but the tanker service managed to get treated water to sell at exorbitant prices.

“I was handed a GH¢72.00 bill. How do you bill me when you have not provided me water? Water is a basic thing and so why are they treating us like this?” he queried.

“I have been given December bill to pay but my tap had been closed Since November. We want to find out where the bills are coming from. We understand they are rationing water and so why haven’t we seen water for the past three months?” Mr Thomas Amankwah also asked.

Chief Abdul Raman Bukari, the Zamrama Chief of Gomoa East, said: “I paid GH¢2,400 for water connection to my house five months ago but I have not seen any water”.

Meanwhile the GWCL has begun rationing water in some parts of the country as a result of mining activities and the impact of the dry season.