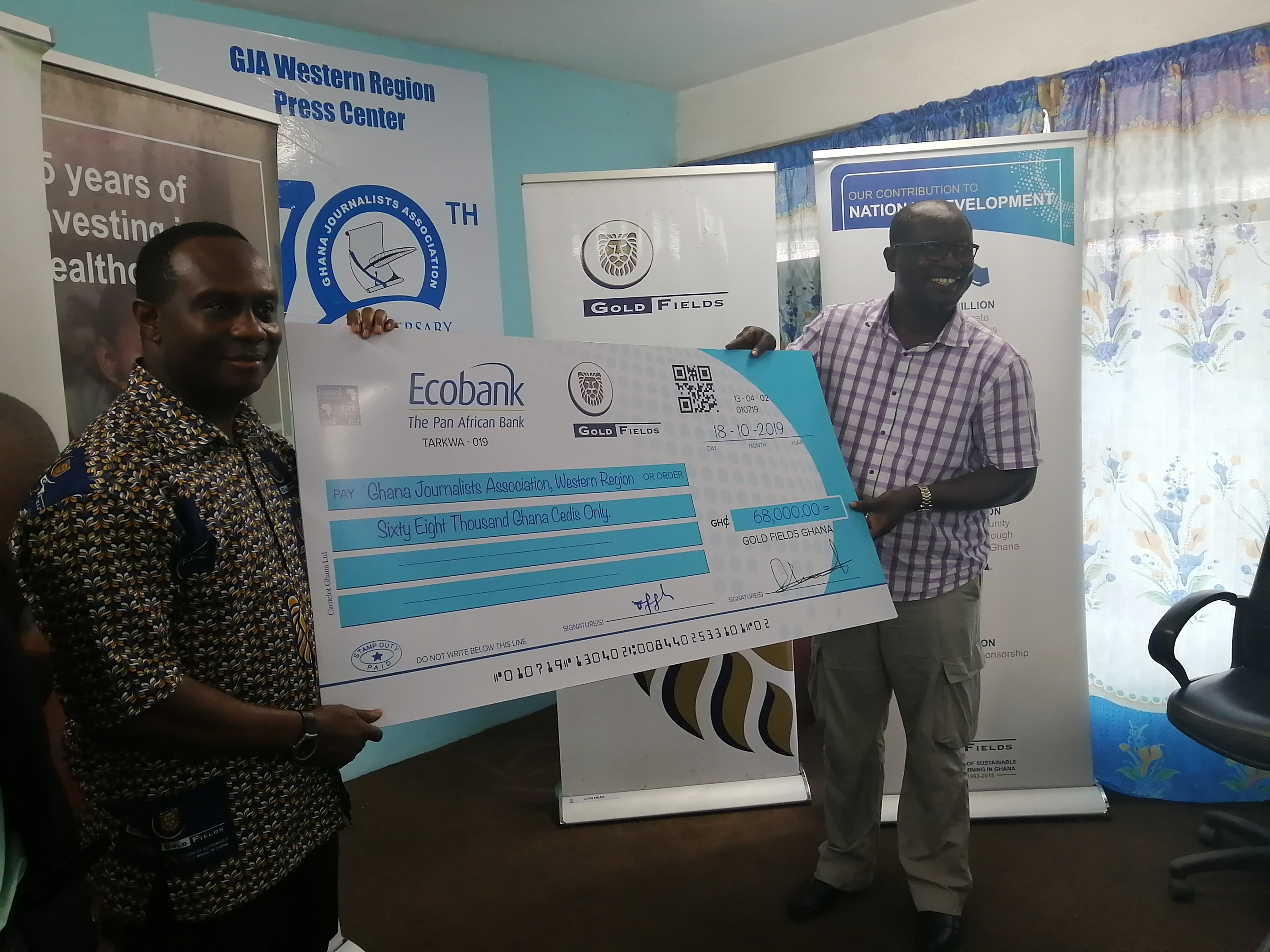 Gold mining firm, Goldfields Ghana Limited has donated a  cheque of Sixty-eight thousand Ghana Cedis (GH¢68,000.00) to the Western Region Chapter of the Ghana Journalist Association (GJA), in support of its maiden awards slated for November 9, this year.

The support, is a corporate response to a proposal made by the GJA, Western Region. The request on corporate entities in the region, per the proposal was in support of the institutionalizing and awarding of an insurance scheme for retiring/retired journalists, and in part provide for some incentives to be used for the maiden awards. 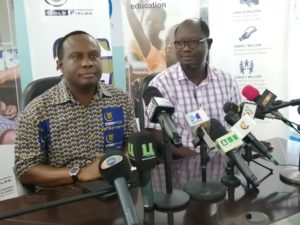 Executive Vice President, Human Resources, Goldfields- West Africa, Francis Eduku shared that the company was enthused by the thoughtful consideration of the association in rewarding hardworking journalists, especially retired ones.

“If the media is doing something to recognize both retirees and current journalists, we deem it fit to support and associate with such an important project” he said.

He acknowledged the critical role the media plays as an agent of change, social justice and accountability, yet “has failed to get the recognition it deserves”

Mr Eduku detailed that the donation will cover the medical insurance of twenty retired journalists plus the cost of laptops and other prizes for the various awarding categories.

Premier Insurance Limited has opted to offer an exclusive medical insurance package for the twenty beneficiaries [retired journalists], and those that are currently in active service. Their partnership with the Western Region Chapter of the GJA seek to ensure the sustenance of the medical insurance scheme.

Chairman for the GJA, Western Region, Moses Dotsey Aklorbortsu was thankful to Goldfields Ghana Limited. He justified that the rationale for enrolling retirees on the medical insurance is prudent.

“Any call we received, they [prospective sponsors] are still happy with the fact that we are not talking about just the laptops, the recorders but we are also talking about the insurance” he added.

He is full of expectation of having many other corporate bodies and other agencies of supporting the initiative in the coming years.

“I must say that this has caught up so well with the companies. Even though we projected one year, it might go beyond that by way of renewal” he emphasized.