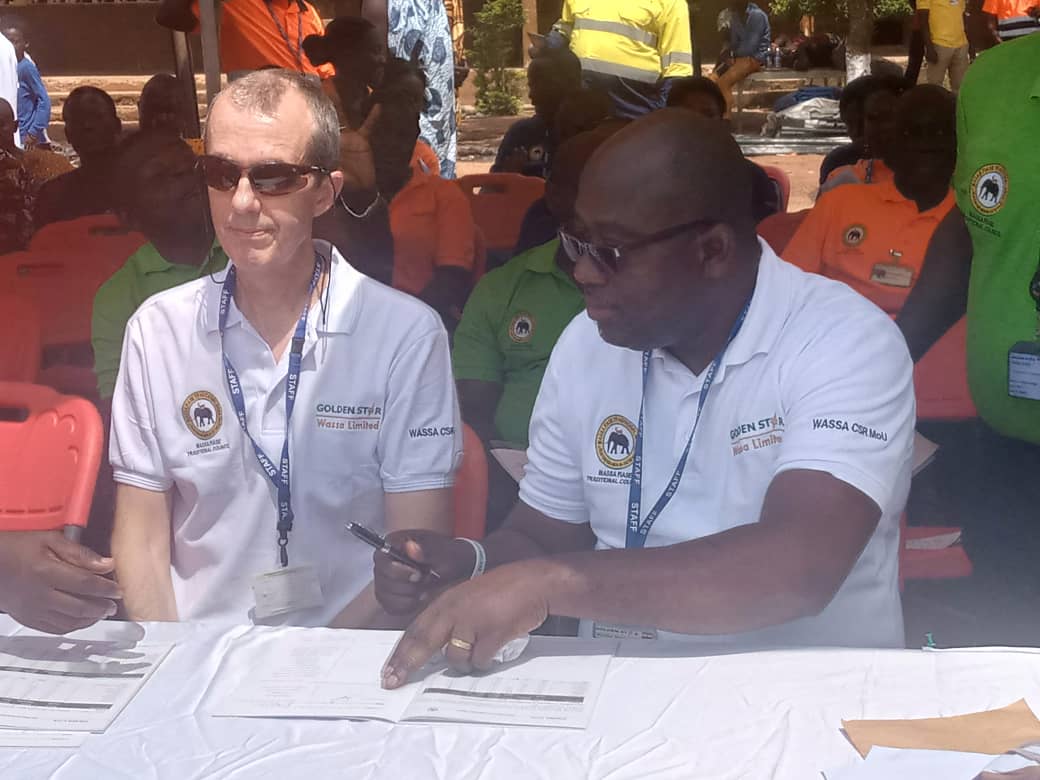 Gold mining firm, Golden Star Wassa Limited has renewed its commitment to its host communities with the commissioning of a Memorandum of Understanding. The MoU commissioned on Thursday 21 November, 2019, was signed between the company and twelve host communities, with a primary focus on local employment and contract, relationship and sustainable livelihood, and the establishment of a development fund christened ‘Golden Star Development Foundation Fund’, which will see to the restructuring and enhancement of its social investments.

The MoU is a critical instrument that harmonises and reinforces Golden Star Wassa Limited’s commitment, to ensuring a prudent, sustainable and transparent use of resources towards a mutually beneficial relationship between the company and host communities.

Managing Director for Golden Star Wassa Limited, Shaddrack Adjetey Sowah in his address at the commissioning of the MoU at Akyempim, noted that the absence of a formal framework to govern relationships and manage expectations of host communities, generated a host of suspicions and mistrust among communities about the company, and thus triggered series of conflicts between them. 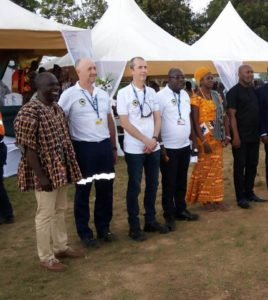 He noted that with the coming into force the MoU, these matters and those that are yet to come would be addressed amicably.

“It is an indisputable fact that this MoU will not only serve as a formalized contractual arrangement but will also provide a clear roadmap to ensure effective management of employment, provision of a good platform to resolve conflict through dialogue, respect and recognition of each other’s view in decision making, and the management of community development projects and programs, for improved and sustained socio-economic investments and cordial relationship between the company and its stakeholders” he stated.

He commended the District Chief Executive for the Area, Wilson Arthur for playing a pivotal role in facilitating the process. The Nananom, Community Consultation Teams, and Community Mine Consultative Committee were also commended for making this a reality.

Chief Executive Officer for the company, Andrew Wray assured of Golden Star Wassa Limited’s commitment at enhancing the social and economic standards of their host communities.

“I hope you would agree that we have amply demonstrated this intention in the numerous projects already undertaken by our joint efforts, the latest being the adoption of a local school and the commitment of USD 500,000.00 towards improving it and bringing it to a standard comparable to any in the world” Mr Wray told the congregation.

He called on all stakeholders and beneficiary communities to support the initiative in making lives better for all.

The District Chief Executive for the area, Wilson Arthur said the MoU is unique, as it embodies the aspirations and expectations of all stakeholders.

He mentioned that the MoU guarantees greater participation in businesses along the value chain for the locale, and thus stressed that components of the Development Foundation Fund will cater for building human capacities in the district to serve not only in the minig sector but other economic activities.