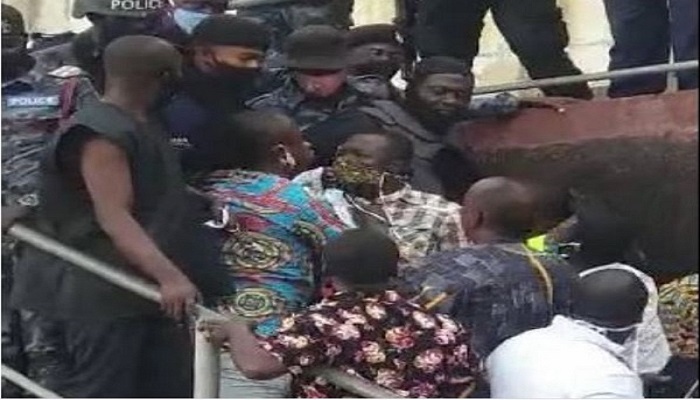 The Tarkwa High Court has dismissed a case brought before it by 21 embattled assembly members who were prevented from taking part in the confirmation of the Tarkwa Nsuaem Municipal Chief Executive, Hon Benjamin Kesse.

The court also fined all the 21 assembly members One Thousand Five Hundred Ghana Cedis each.

The assembly members led by the Assembly Member for Kwabedu Electoral Area, Hon Paa Kwasi Ephraim who were disenfranchised in the confirmation of the MCE for Tarkwa Nsuaem, Hon. Ben Kesse, went to court in July last year for five reliefs.

Out of forty-two (42) assembly members who were present and voted, twenty (20) of them voted no, while twenty-two (22) of them voted yes for the nominee.

For him to have been confirmed, he needed two-thirds of members to vote yes. This means he needed at least 28 yes votes to get the nod from the assembly members to become the Municipal Chief Executive.

Prior to his nomination as MCE for Tarkwa-Nsuaem to replace Hon KD Asmah, whose appointment was revoked by President Akufo Addo, Benjamin Kesse contested for the Presiding Member on three consecutive times and lost. This was received with shock by most members of the NPP, assembly members, and the citizens of Tarkwa at large.

It will be recalled that some pressure groups linked to the party in Tarkwa Nsuaem called on the President to reconsider his decision to revoke the appointment of Hon. Gilbert Kennedy Asmah as the Municipal Chief Executive, and withdraw his nominee, Benjamin Kesse as the new Chief Executive for the Tarkwa-Nsuaem Municipal Assembly.

The groups made up of Concern Citizens of Tarkwa, Concern Youth of Wassa-Fiase, polling station members, former assembly members, and some party members revealed they are struck to the heart at the news of Hon. Gilbert Kennedy Asmah’s sacking.

They believe it was KD Asmah’s able leadership that brought the Municipality to the limelight, and therefore cannot fathom why he has been sacked. Assembly members are to converge again within 10 days for another round of confirmation.

On 22nd May 2020, two days after the rejection of the MCE, another meeting was conveyed without the knowledge of the 21 assembly members.

Those who tried to enter the assembly hall to cast their vote were prevented by heavy security presence at the entrance of the hall.

In that meeting, only 21 assembly members were present and voting.

At the end, 19 members voted yes against two no votes representing 90%.

This resulted in the anger of the disenfranchised assembly members who resorted to court to nullify the election of the MCE.