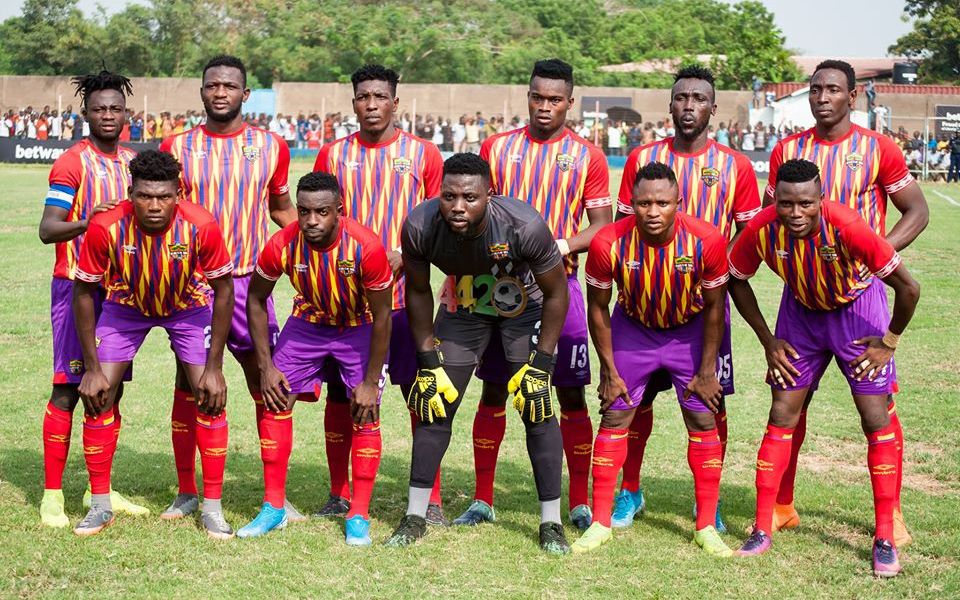 Accra Hearts of Oak returned to winning ways with a 1-0 win over Dreams F.C in the Ghana Premier League on Sunday. Kofi Kodji finished off a fine attacking move on 52 minutes to hand the Phobians a deserved win having dominated the game. The win continues Hearts impressive performance on the road where they have picked 7 points out of a possible 12. Hearts are now on 10th on 10 points while Dreams remain in 8th with the same points but wth a better goal difference. 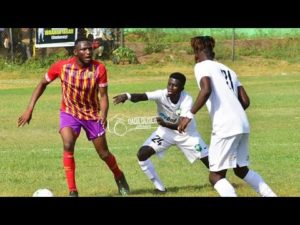 In Kumasi, Asante Kotoko rallied to rescue a point courtesy William Opoku Mensah’s late strike to cancel out Tamimu Muntari’s early strike. The game was played behind closed doors as Kotoko continued their two game home ban and will finish serving the ban versus Ashgold on Match Week 10. The result continues Liberty Professional’s fine form on the road where, having beaten Dwarfs at Cape Coast, WAFA at Sogakope and managed a point at Berekum Chelsea.

Meanwhile, Aduana Stars are now top of the table with 16 points following their 1-0 win over Medeama S.C. A Yahaya Mohammed strike on 75 minutes settled what had been a close contest at the Nana Agyemang Badu Park. The defeat leaves Medeama S.C in third on 13 points.
For Yahaya Mohammed, yesterday’s goal takes his season’s tally to seven with all of them coming at home for Aduana Stars. 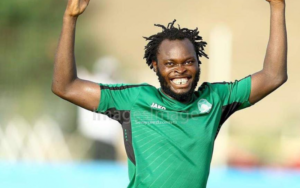 At the Len Clay Stadium, Samed Ibrahim scored the only goal of the game as Ahgold condemned Dwarfs to yet another defeat. The result halts the miners two game win-less run and sets them back on track. 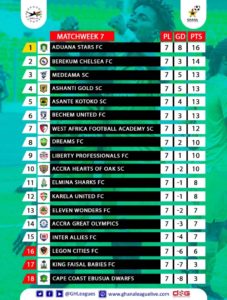