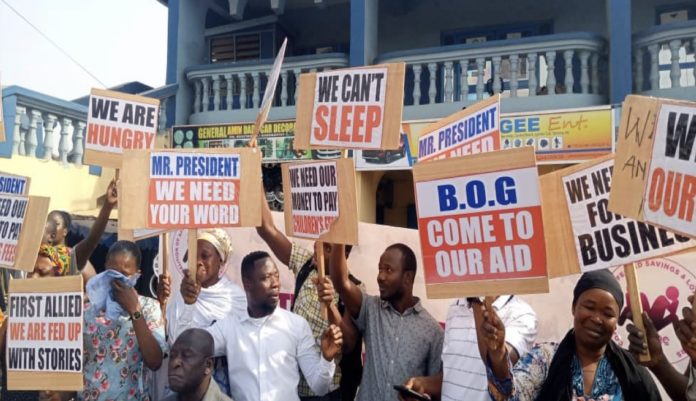 Customers of the defunct banks and microfinancial institutions could now sigh a relief as government had released in total an amount of GHC6.49 billion for the payment of locked up funds.

The payment arrangement provides a conversion of government backed non-interest bearing commercial papers, known as bonds, to be converted into cash at no discount. Customers of the 347 resolved microfinance institutions, and the 23 savings and loans, and finance house companies could access their deposits by tomorrow due to this arrangements.

The receiver, Eric Nana Nipah in a statement issued, notified customers of these institutions to contact any branch of the Consolidated Bank of Ghana to access their newly created cash accounts.

“Notice is hereby given that with effect from Wednesday 16 September 2020, affected Depositors may contact any branch of Consolidated Bank Ghana Ltd (“CBG”) the paying Bank to access their newly created Cash accounts which were originally designated as Commercial Paper (Bond) accounts at the bank ie CBG,” the statement read.

The total sum as released by government is meant to fully settle valid depositors’ claim on these claims.

“As the Receiver/Official Liquidator brings the processing and payment of valid depositor claims to closure, a total amount of approx GHS6.07billion has been paid to some depositors of these resolved companies, leaving an amount of approx. GHS402million to be paid to the remaining depositors, to fully settle all valid depositor claims in the Resolution process. It should be noted that these claims include validated claims.

“Previously assessed by the Receiver/Official Liquidator as Late Submission claims owing to the fact that they were submitted after the extended deadline for the submission of depositor claims in the resolution process. Of the total amount of approximately GHS6.49billion required to fully settle all valid depositor claims in the resolution process, about GHS3.56billion of these claims in value representing approx 55% of total claims payable are being settled with Government of Ghana backed Non-Interest bearing Commercial Paper (“Bond”), with the remaining approx. 45% in value of claims payable, worth approx. GHS2.93billion being settled with Cash,” the statement elaborated