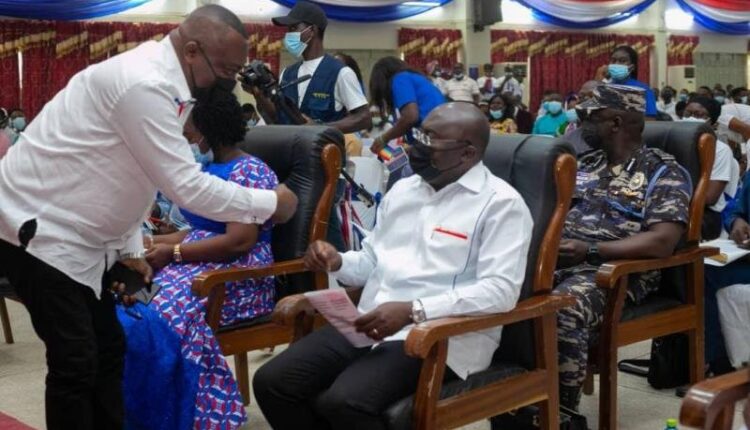 Vice President Dr Mahamudu Bawumia has urged Ghanaians to be optimistic in the competent management of Ghana’s economy as it had begun to show strong signs of recovery following the global impact of the outbreak of the Coronavirus (COVID-19) pandemic.

He said the exceptional economic prowess and intelligence of the managers of the economy led by President Nana Addo Dankwa Akufo-Addo was key to wealth creation to reduce poverty, attract investments, empower businesses to expand to create jobs, and deliver quality education to bring the economy to yield prosperity for all.

The Vice President gave the assurance at the Central Regional Tertiary Students Confederacy (TESCON) conference held on Saturday at the University of Cape Coast.

Speaking on the theme: “Breaking the Eight: the role of TESCON”, Dr Bawumia praised the country’s discernment, good judgment, and management of exchange rate and described it as “the best since 1992 and the performance in 2020 and 2021 simply superb.”

Regardless of the World recession due to the outbreak of COVID-19, Dr Bawumia, said Ghana’s economy had witnessed one of the lowest inflation rates in about two decades and emphasised that at the peak of the pandemic, inflation was 11.8 percent but dropped to 10 percent in May and further drop to 7 percent as of June 2021.

He said the prudent management of the economy had ensured that the overall Gross Domestic Product (GDP) excluding oil which declined by 5.8 percent and three percent in the first and second quarters of 2020 had rebound strongly and registered a positive growth of four percent by the last quarter of 2020.

Dr Bawumia said the growth momentum had continued in the first quarter of 2021 as the economy registered further non-oil growth of 4.6 percent.

The Bank of Ghana (BOG) Composite Index of real sector activities, according to him, had also seen a strong pick-up in the economic activities recording a 33.1 percent annual growth in 2021 as compared to a contraction of 10 percent in 2020.

The economic feat signified a restoration of momentum of growth the country, lost at the heart of the pandemic last year.

On the country’s debt management, Dr Bawumia particularly praised BOG saying the stability of the Cedi had been the same after every election year under the Fourth Republic notwithstanding the COVID-19 impact.

Touching on the national debt, the Vice President acknowledged that debt levels had gone up but pointed out that economic management variables were exceptionally bright and hopeful.

“The debt level had increased, but the government wants to maintain a prudent debt level management because if you don’t manage your debt level properly, it will affect your interest rate, exchange rate, inflation rate, and growth rate”, he indicated.

“When the National Democratic Congress (NDC) was in government, their economic mismanagement took us to HIPIC because they had mismanaged the debt level such that, there was high inflation, exchange rate, interest rate, and low growth and later had to be bailed by the IMF,” the Vice President noted.

We are looking forward to exploiting lithium deposit in…