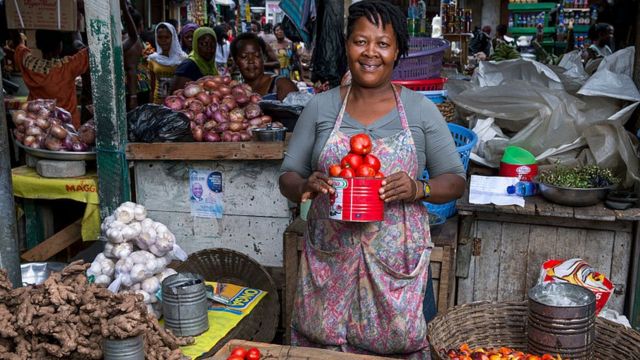 Ghanaian women should use technology to enhance business operations

Mrs Elsie Addo Awadzi, the Second Deputy Governor, the Bank of Ghana, has encouraged Ghanaian women to take advantage of technology to boost their businesses.

Mrs Awadzi advised women to leverage on technology to work smart and increase productivity, stressing that the digital space exposed businesses to a wider customer base with different preferences.

She said this in Accra at the maiden annual leadership conference organised by the Ghana Employers’ Association (GEA) on the theme: “Promoting Women Leadership in a Digital Era.”

Participants deliberated on the challenges and opportunities of women leaders particularly in Africa and how to promote private sector understanding of the relevance and benefits of gender equity on business growth.

She suggested that the country must adopt some measures to increase the participation of women in the country’s governance system.

Mrs Awadzi stated that affirmative action could be one of the ways to increase women participation in leadership roles for the country to bridge the agenda of the all-inclusive government.

Statistics show that women constitute 50 per cent of the world’s population and that 55 per cent of women are in the labour market.

She said Ghana had made strides in achieving gender equality, adding that there was improvement of women representation in leadership roles in organisations, Parliament and boards of institutions.

Mrs Awadzi said studies revealed that when women were in a leadership role, there was a significant increase in profitability and sales turnover.

The programme was launched in 2019 by the Confederation of Norwegian Enterprises in response to the Norwegian government’s policy requiring the boards of public limited companies to have at least 40 per cent representation of both genders.

It seeks to address the gender gap in top management, leadership and board positions.

Dr Sarkodee said the Conference, linked to the FFP, would establish an annual event to convene leaders from devise backgrounds to deliberate on the opportunities for harnessing by women and the challenges to be addressed.

Ms Ingrid Mollestad, the Norwegian Ambassador to Ghana, commended the country for making progress towards gender equality saying, “Ghana is one of the countries with the highest number of female roles in Africa.”

A speech read on behalf of Mr Joshua Ansah, the Deputy Secretary-General of Trade Union Congress, encouraged women to aspire to take up leadership positions to contribute more to the national socio-economic growth.