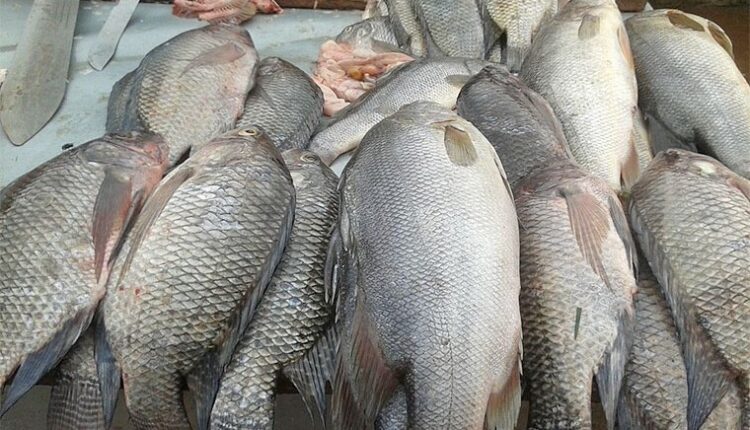 The Eastern Regional office of the Fisheries Commission said most Ghanaian tilapia farms on the Volta Lake have folded up due to the Infectious Spleen and Kidney Necrosis Virus (ISKNV), which infected the lake in 2018.

The virus that predominantly causes disease in a variety of freshwater fish leading to high mortality, is alleged to have come from the China breed.

It infects tilapia, which exhibits symptoms such as a change in skin colour – darkening skin -, erratic swimming, and abdominal distention with associated ascites.

The Ghana Fisheries Commission says the inability of most local tilapia farmers to manage the virus caused about 80 per cent of their businesses to fold up.

Mrs Janet Anchirinah in Charge of the Akosombo Fisheries Centre told the Ghana News Agency in an interview that; “Only 22 Ghanaian tilapia cage farmers survived the heavy blow of the ISKNV pandemic out of over 100 farmers in the region.”

Among the 22 survivors are only two large-scale farmers who produce more than 100 metric tons of tilapia annually.

The virus could be traced as far back as 2015 and 2016, when the symptoms of the disease were mistaken for bacteria infection, Mrs Anchirinah said, adding that bacteria treatment was administered until 2018, when the ISKNV was discovered.
Dr Kofi Nti Agyarko, the Eastern Regional Veterinary Officer of the Fish Health Unit, said the ISKNV that caused cell deaths in fishes also caused high mortality in juvenile fish.

To prevent its spread, the Fisheries Commission had made available free vaccines to be administered to tilapia fingerlings between five and 10 grammes.

Dr Agyarko said the disease did not originate from the local water bodies but of a foreign origin.

The invasion of ISKNV for some time has been associated with a foreign breed popularly known among the Ghanaian tilapia cage farmers as “the China breed”.

However, Mr Francis Barnes, the Eastern Regional Director of the Fisheries Commission, during a visit to some farms, noted that a number of the farmers believed that the “China breed is obsolete,” and wondered why that “breed is still in existence and is being sold in a black market.”

To revive the Ghanaian interest in tilapia cage farming, Mr Godfred Alimo, the Co-Owner of S-Hoint Limited, a tilapia farm, proposed that the Government should give out grants to farmers.

He said he folded up his tilapia cage farm to venture into fish hatchery because of the high demand for tilapia fingerlings.

Even so, the company was on the verge of collapse due to the introduction of the “China breed”, which he believed was the source of the ISKNV pandemic.

Mr Alimo said the once active tilapia cage farm that employed 10 labourers had laid off eight as a means to survive.

Mr Evans Ablorni, the owner of A2 Fish Farm on the Volta Lake, said most workers on farms that folded up due to the ISKNV had relocated to other areas in search of greener pastures.

He mentioned the high cost of feed and water contamination by agrochemicals and illegal mining as other challenges the farmers faced.

Mr Anthony Morleke, a 30-year-old tilapia cage farmer on the Volta Lake, applauded the Eastern Regional Fisheries Commission for its support to bring tilapia farmers back to business.