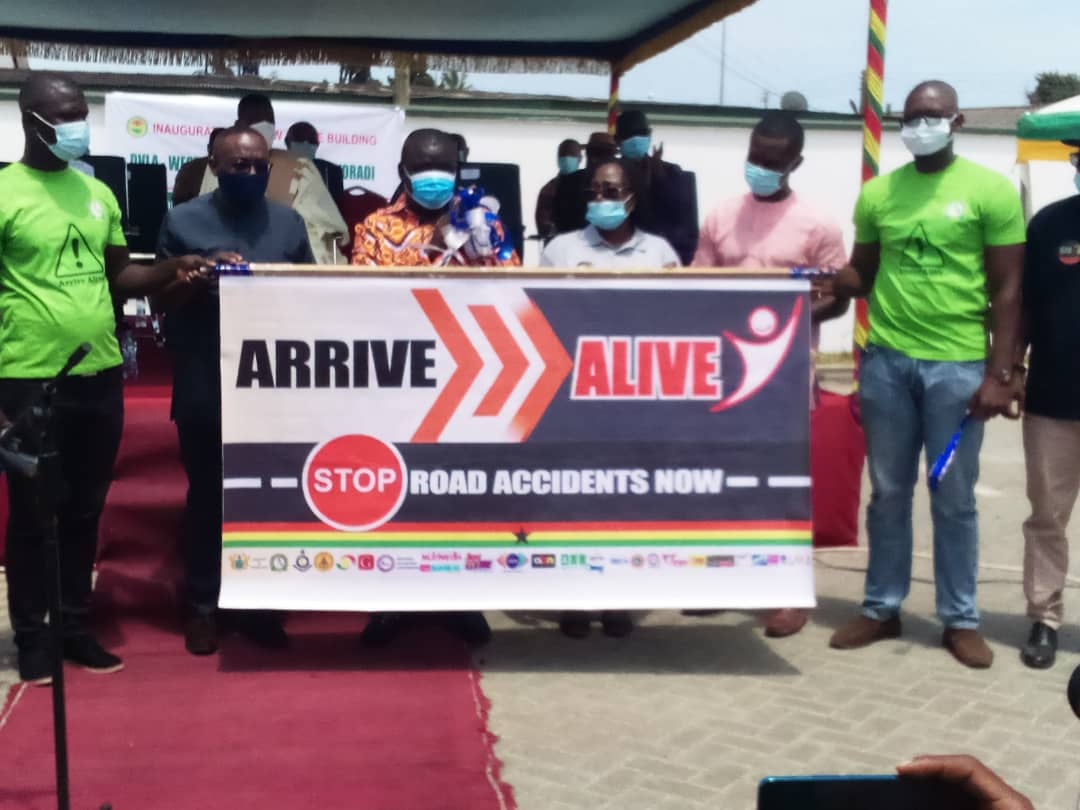 Addressing the public,Hon Kwaku ofori Asiama who is the minister of transport stated that,the major aim of this campaign is to ensure road safety among drivers, passengers,motorists and many more.

“ Ghana has therefore set a target to reduce road accidents by 50% if we put in place the adequate resources.The ministry of transport and the legislature is working for the road safety authority to fully work on their in mandates and thus the government of Ghana is preparing a budget for them to work with.” he added.

The director general for Ghana Road Safety Authority,Ign May Obiri Yeboah,addressed the public by saying,”the Arrive-Alive Campaign is one of the many campaigns being launched to mitigate the occurrence of road crashes and it’s brutalities in Ghana.The third quarter of this year has seen a lot of road crashes. These crashes had to be resolved and thus the launch of this campaign to educate drivers and passengers.”

She continued by saying,”Safety on our road has become a key challenge and thus resulting in crashes of which these are preventable if cautions have been exercised. There has been a record of 9212 road crashes this year. All these cautions are as a result of the lack of education among road users.”

Madan Ign May Obiri Yeboah therefore urged everyone to be part of the campaign and also the media to help publicising this campaign.