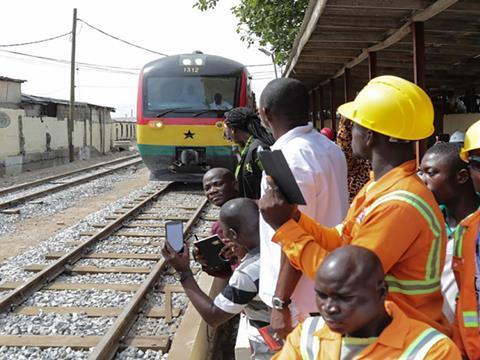 The Ghana Railway Company Limited has planned to undertake a series of test runs on the rehabilitated Kojokrom-Tarkwa rail lines of the Western Rail Corridor to pave way for passenger services on that line. The first test run was undertaken on 17 September this year and attained an 85 percentage success rate, reports from the company said.

Following this exercise, the company has planned to embark on a couple of further test on the network before it initiates its passenger services.

Deputy Managing Director of the Ghana Railway Company Limited, in Charge of Engineering, Dr. Michael Adjei-Anyetei hinted that another test was due today but for some technical lapses, had been deferred.

“We dealing with passengers, we have to always guarantee their safety from point A to point B. So yes we’ve done he first test run, we going to do a couple more. And once we are done and convinced…which we shall be, that our track, our locomotive, our rolling stock are good to go then we start the shuttle service, and then we start charging our fares” he noted.

Dr. Adjei Anyetei explained that the technical team is currently working on some defects identified during the test run. He detailed that some rework needs to be done on the cross levels of the rail lines to give it some more stability, especially when it would serve both the freight and passenger lines.