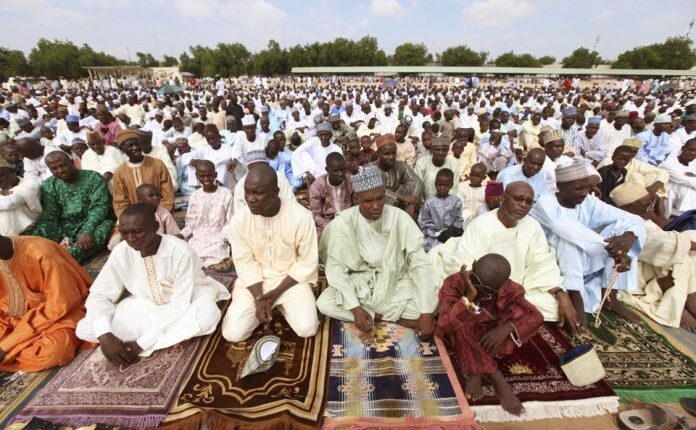 The National Leadership of the Ghana Muslim Mission (GMM) has implored Muslims and Ghanaians, especially the youth to celebrate the Eid-al-Adha calmly and solemnly with the fear of God.

“Do not ruin your rewards and contaminate the good deeds with bad deeds like indecent dressing, beach parties, drinking alcohol and smoking, and motorbike displays, among others. These are the ways of shaytan (Satan). Remember that Allah is All-Knowing and All-Seeing. Know that we will stand before Him and account for our deeds,” a release issued to the Ghana News Agency said on Monday.

It urged Muslims to welcome the Day in piety, happiness and joy, urging, “Let us use this occasion to share with the less privileged, family, friends and our neighbours no matter their religious orientation. Indeed, there is great reward in giving and Allah will surely reward you.”

It said the Day of Eidul al-Adha, also known as “Al-Eid Al-Kabir”, or the Major Feast, was the Feast of Sacrifice and was to be celebrated in memory of Prophet Ibrahim trying to sacrifice his son Isma’il (Ishmael) as a mark of faith.

“It is very important to understand that the sacrifice itself, as practised by Muslims, has nothing to do with atoning for our sins or using the blood to wash from sin. This is a misunderstanding by those of previous generations. (Qur’an 22:37) says it is not their meat or their blood that reaches Allah; it is their piety that reaches Allah.”

The release said the celebration also provided an opportunity to create lasting bonds of friendship, care, love and unity that in the long run helped to build a peaceful society.

It said what was more important to donate generously towards very rewarding projects like the building of schools and colleges as well as hospitals and other infrastructures for the benefit of people and the reward of Allah.

“The Prophet (S.A.W) said when a man dies all his rewards on earth ceases except three things: something he did that people are still benefitting from even after his death, the prayers of his good children and the good religious knowledge he imparted to people.”

The release prayed for Allah’s continued blessing, peace and prosperity, on all Muslims and Ghanaians in general, and for protection against COVID-19 and to eradicate it from the entire world.

It advised all Muslims to make their animal sacrifices in very hygienic conditions, and adhere strictly to the safety protocols during the celebration.