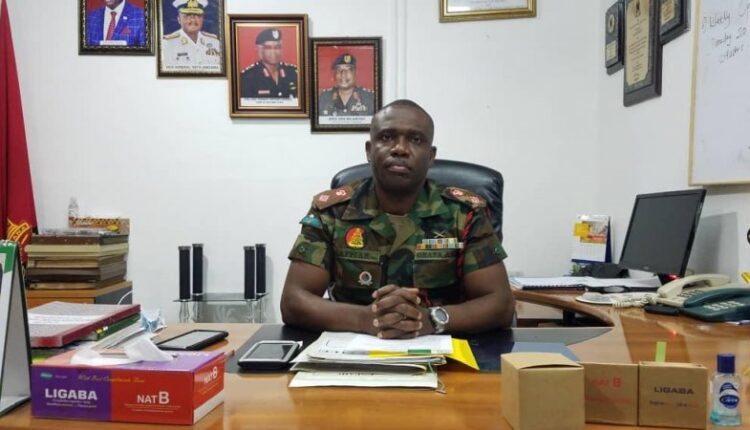 The Ghana Armed Forces have shortlisted some 3, 000 applicants from the Volta and Oti Regions for screening as part of an ongoing recruitment exercise.

The screening exercise, which is ongoing at the Ho Sports Stadium, was segmented in line with the coronavirus protocols.

The Military Command had adopted measures to deny fraudsters access to the screening grounds, which included the introduction of an identification system issued to all potential recruits.

Lt. Col. Edward Sarpong Appiah, Commander of the 66 Artillery Regiment, told the Ghana News Agency (GNA), that recruits for the navy and the air force were screened last week while those for the army began on Monday, July 19.

He said a shortlist list of applicants, who passed the body selection and documentation stages, would be released on Saturday, July 24, to participate in a nationwide examination on Sunday, July 25.

Sunday’s examination results would be released on Tuesday, July 27, and those who passed would proceed to Accra to continue with the recruitment process.

Lt. Col. Appiah told the GNA that recruitments were to fill vacancies in the system and that the quota for the Volta and Oti Regions was based on the 2010 national population and housing census.

He said an increase in the number of potential women recruits into the armed forces was expected as the old perception that the force was reserved for males, was “fading out.”

“More females are joining the infantry unlike in the past when they enlisted for the stores, supply or clericals,” the Commander said.

He met with the applicants at the Ho Sports Stadium and encouraged them not to allow themselves to be “outwitted by anyone,” as the recruitment process did not include any third party and was free of charge.

“The recruitment is free and is not paid for. You must go through the system and nobody should engage any third party. Just cooperate with the directives and all will be fine,” Lt. Col. Appiah said.

He said the exercise, although very competitive, had been peaceful so far and that the armed forces maintained its code which denied intake of persons with tattoos, body piercings, physical mutations and some medical conditions.

The Commander noted that the various Regional Coordinating Councils, the Municipal and District Assemblies and traditional authorities were alerted at the beginning of 2021 about the commencement of the exercise, which was also advertised to the public.