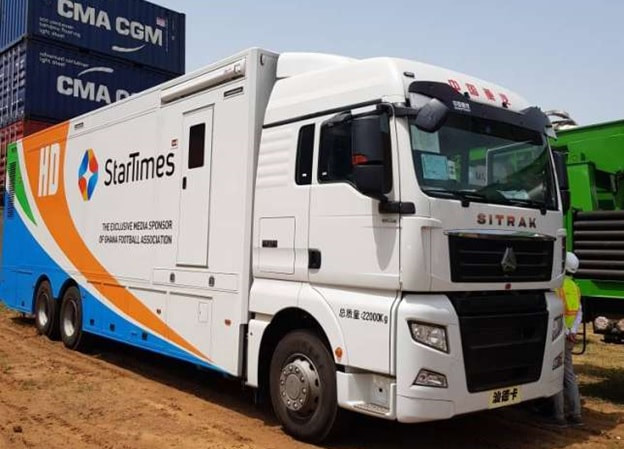 The Ghana Football Association (GFA) has announced it is inviting bids from media organisations for the television broadcast rights for its competitions in a move that raises fresh doubts over the status of its ten year contract with Chinese television company, StarTimes.

The GFA and StarTimes reached an agreement for a $17.9m, in a deal that effectively gave the Chinese tv company media rights over all GFA organised competitions for ten years, in 2016.  Among other thins, Star Times were required by the contract to construct ten standard sized football pitches across the country.

Since then, StarTimes has televised the Ghana F.A Cup, the Division One League, the Women’s League and the Women’s F.A Cup but has focused heavily on the Ghana Premier League.

However, in June 2017, The GFA suspended its competitions following an explosive expose by investigative Anas Aremeyaw Anas which highlighted widespread corruption in Ghana Football. The GFA’s top hierarchy was subsequently replaced by a FIFA appointed Normalization Committee who instituted an ad-hoc Normalization Special Cup to keep clubs busy. Unsurprisingly, that tournament was not televised by StarTimes who remained tight-lipped – and have remained till date – over the status of their agreement with the Ghana Football Association.

The GFA and the clubs have also not given any information over that contract which still has three years remaining.

The GFA in the statement on its website clarified that, although the Ghana Premier League, Division One League, Women’s Premier League, FA Cup, Women’s FA Cup were the competitions on offer, interested media organisations could bid for the television rights to all or a combination of some their marketing assets.

Although the GFA indicated it was open to new bids until December 10, it did remained silent on whether or not its agreement with StarTimes has been terminated.

The new Ghana football season has already started but matches will kick off on December 28, 2019.