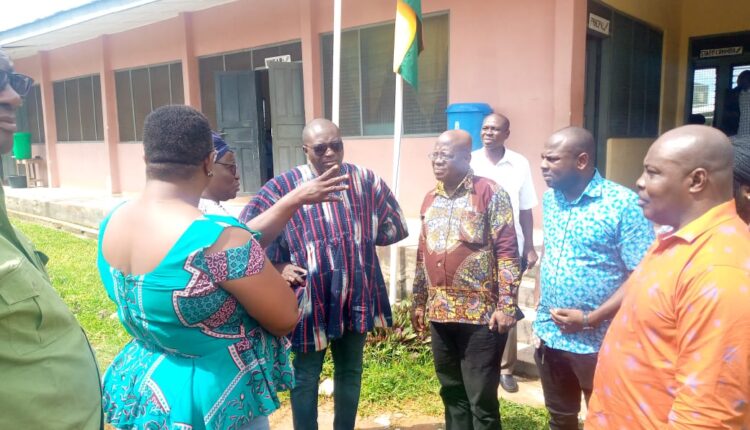 Get ready because all individual properties on government lands will be pulled down, these were the words of the Deputy Minister of Local Government and Rural Development Martin Agyei Mensah Korsah when he inspected some government lands at Anaji Brigade in the Effiakwasimintim Municipality of the Western Region.

Mr Korsah said the ministry has all documents covering government lands and all encroaches will have their structures taken away.

At the Community Development Vocational Institute, the minister produced documents indicating that all private development have no permits and the land belongs to the school.

This land where the school is situated was about 4.6acres but people have encroached and have put up structures leaving the school with only 2acres, he said.

He said the sector Minister Hon. Dan Botwe came up with this initiative after realizing that government lands for the community are being taken away by individuals.

This is a move by my boss Dan Botwe to reclaim all government lands and we are touring all the regions, later we will direct all MMDCEs to demolish all structures on government lands, Mr Korsah disclosed.

The area, according to records was specifically allocated for Vocational and Technical Education which has an abandoned workshop built by the first President of Ghana Dr Kwame Nkrumah.

The minister who with the MCE Hon. Kojo Aquah said he has already visited other Districts in the Region and it will not be a talk shop adding that very soon the Communities will witness a massive demolishing of properties on government lands.