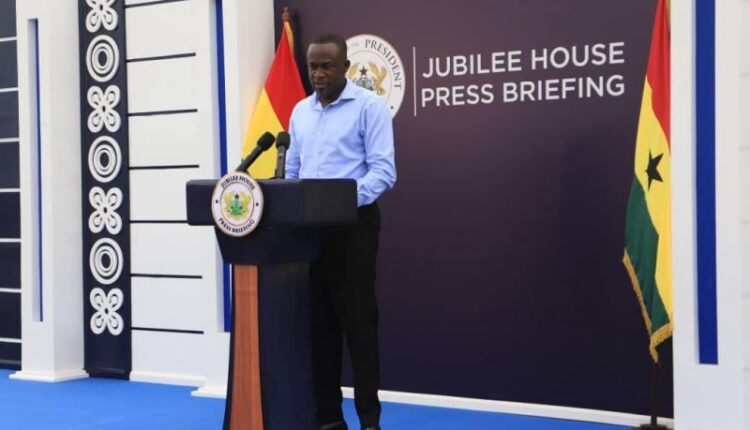 The German Government is giving Ghana some 1.5 million doses of the AstraZeneca COVID-19 vaccines to aid in the national vaccination campaign against the pandemic.

The donation is part of the pledge made by Germany to make up to 70 million doses of COVID-19 vaccine available to African countries this year to help the continent’s bid to vaccinate its 1.3 billion population.

German Chancellor Angela Merkel made the pledged last Friday after a summit with African leaders on the G20’s Compact with Africa Initiative held last week.

“As we speak, President Akufo-Addo has dispatched a plane to Germany to take delivery of the 1.5 million doses of the AstraZeneca vaccines,” said Mr Eugene Arhin, the Director of Communications at the Presidency, when he briefed the Presidential Press Corps at the Jubilee House, Monday, in Accra.

The briefing was on the President’s seven-day working visit to Germany, from Sunday, August 22, at the invitation of the German Chancellor Angela Merkel.

The contribution of Germany is in addition to 1.5 million doses of the Moderna vaccine that the American Government has given Ghana towards the fulfilment of the Government’s quest to have at least 20 million of the adult population vaccinated by the end of the year.

“At this particular stage, I think it is a good initiative that has been undertaken by the Government of President Akufo-Addo…. Slowly but surely – I believe, we are on course towards fulfilling that pledge. So, 1.5 million vaccine doses from Germany are on its way to Ghana,” Mr Arhin said.

He said President Akufo-Addo held bilateral talks with his German counterpart on strengthening relations, vaccines, acquisition of naval patrol boats for the Ghana Navy, among other issues.

The President also participated in the G20 Compact for Africa, initiated under the German Presidency to promote private investment in Africa, including in infrastructure, where he made it clear that the Compact initiative had had a tremendous impact on Ghana’s ambition to become an investment hub in Africa, with auto and industry giants pitching camp in the country.

He delivered a speech in Dusseldorf, Germany, on Monday, August 23, as part at the 75th Anniversary celebration of North Rhine-Westphalia, Germany’s number one industrial region and most populous state.

Addressing the gathering, which included Chancellor Merkel and the Minister-President for North Rhine-Westphalia, Armin Laschet, President Akufo-Addo said Ghana was determined to participate fully in the global marketplace as an exporter of manufactured goods, not raw materials.

President Akufo-Addo added that the country was drawing inspiration from the success stories of North Rhine-Westphalia and Germany because, “likewise, we want to build a progressive and prosperous country”.

He said with Germany being a major exporter of industrial products and technology, led by North Rhine-Westphalia, Ghana’s relationship with Germany was of utmost importance and must be hinged on that.

“The recent establishment of a Volkswagen assembling plant in Accra is a welcome development, and we are encouraged by the fact that more and more German companies have expressed their willingness to set up shop in Ghana,” he said.