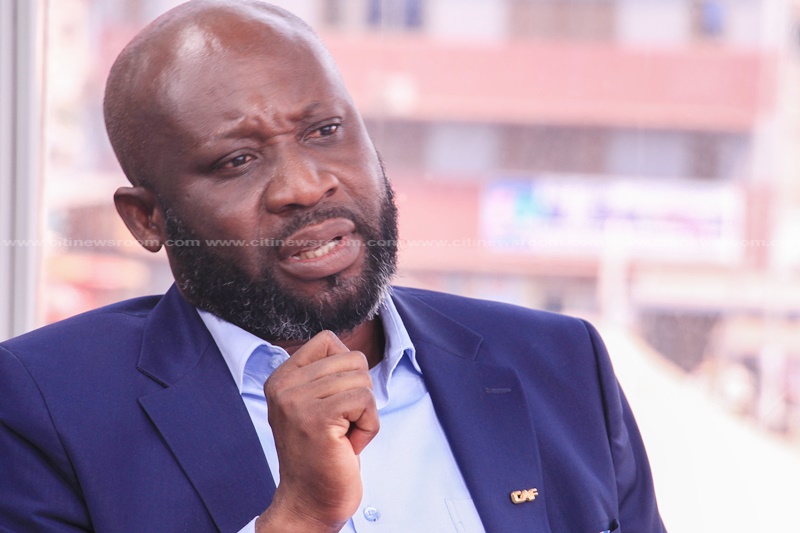 George Afriyie rules himself out of Kotoko top job

Former Vice President George Afriyie has decided to excuse himself from the race to be appointed the new Asante Kotoko Chief Executive Officer.

The Ghana Premier League giant is hunting for a new CEO after relieving George Amoako off the position.

The new Kotoko board is reportedly set to name a 3 member committee to look at some shortlisted candidates and it was believed George Afriyie was part of that list.

However, the experienced football administrator who now runs Division One league side Okyeman Planners has issued a statement to indicate why it won’t be possible for him to be Kotoko’s next CEO.

According to him, despite the consistent links to the Porcupine Warriors being flattering, he cannot accept the role now because of a commitment he has taken not too long ago. 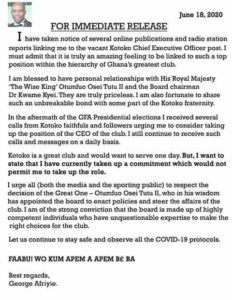