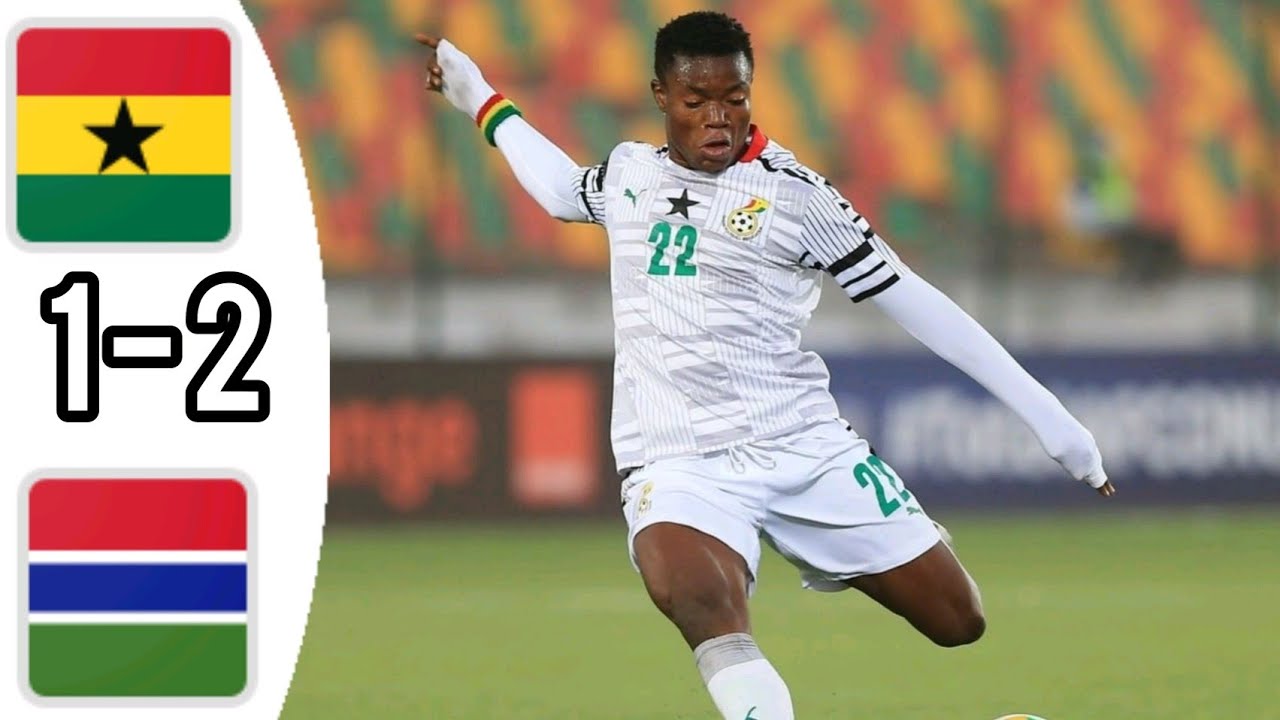 Gambia shocks Ghana at CAF Under-20

The National Under-20 team the Black Satellites were given a rude awakening by The Gambia in the last Group C match of the Confederation of Africa Football (CAF) Under-20 Africa Cup of Nations in Mauritania.

The Gambians who were the less favourites ahead of the game capitalised on the sloppy approach by the Ghanaians to score two goals in the first half to seal qualification to the next stage of the competition.

The Satellites scored first in the 8th minute through Abdul Fatawu Issahaku before the Gambians leveled the scores in the 17th-minute courtesy Kajally Drammeh.

The Ghanaians were unable to take the lead again as The Gambians dominated the game for the rest of the half.

Kajally Drammeh’s corner kick was given a perfect connection by Lamarana Jallow in the 37th minute to secure all three points and ensure their qualification to the next stage.
The Satellites lifted their game in the second half and played a more possessive game but it was too late for them to level up or even win the game.

Despite the loss, the Satellites have made it to the next stage of the competition qualifying as the third-best team in the group and would play Cameroon in their quarter-final game.