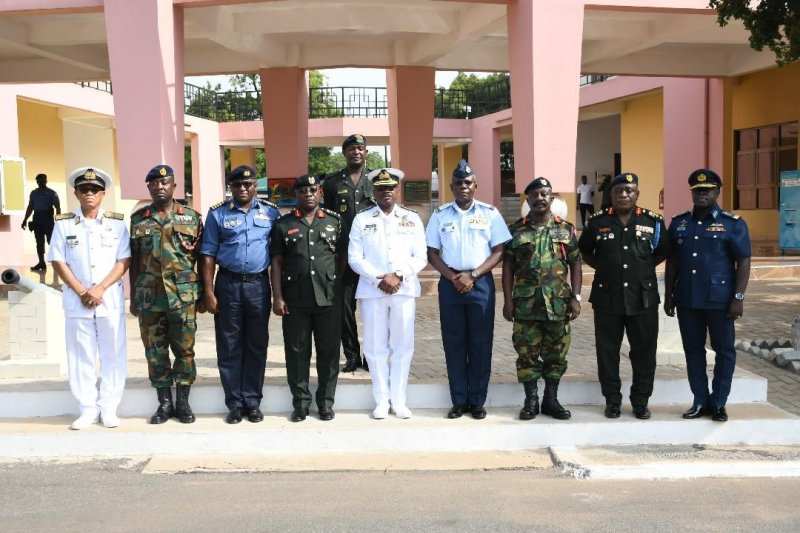 The Ghana Armed Forces (GAF), Friday congratulated Vice Admiral Seth Amoama, the Chief of the Defence Staff (CDS), on his promotion and confirmation of appointment on 04 March 2021.

A statement issued by Colonel Emmanuel Aggrey-Quashie, GAF Director of Public Relations, copied to the Ghana News Agency, a short ceremony was held on Friday 5, March 05, at Burma Camp, to celebrate the CDS’ promotion.

It said as part of the ceremony, all the Two-Star Generals of the Ghana Armed Forces lined-up and paid compliments to the CDS when the latter arrived at his office amidst fanfare.

The statement said the ceremony was also for GAF to applaud the President of the Republic and Commander-in-Chief (C-in-C) of the Armed Forces, Nana Addo Dankwa Akufo-Addo for the honour done the Armed Forces.

The statement said the promotion and confirmation of the CDS were done by the C-in-C in consultation with the Council of State.

He is the immediate past Chief of the Naval Staff (CNS).

The statement said the Chief of the Army Staff (COAS), Major General Thomas Oppong-Peprah, on behalf of the Service Chiefs, generals, officers, men, women and civilian employees of GAF, congratulated the newly promoted Vice Admiral for his elevation and confirmation as the substantive CDS and pledged their unflinching support.

He said the CDS’ elevation and appointment to the rank of Vice-Admiral were as a result of his hard work, professionalism, and excellence over the period.

Major General Oppong-Peprah presented a congratulatory card to the CDS on behalf of all personnel of the GAF.

The CDS expressed gratitude to all ranks for the overwhelming support, prayers and well wishes and said, “We must celebrate this collective achievement together.”