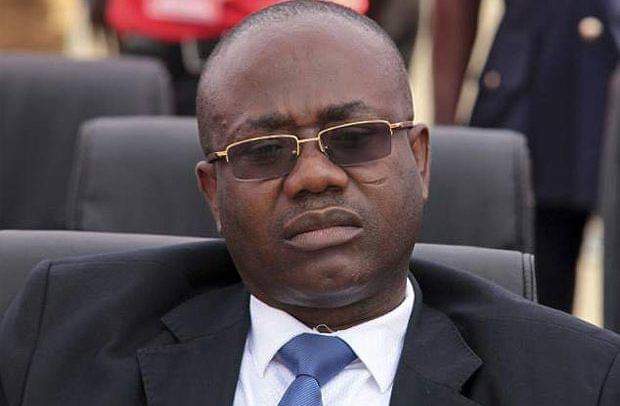 The allegations of money laundering against the GFA has turned out to be a mere propaganda tool used to court public disaffection for football people and the association. The allegation of influence peddling, and defrauding by false pretences cannot stand the test of critical scrutiny in any competent court of this jurisdiction.

The defence Council will just have to to raise the issue of jurisdiction. Do our jurisprudence allow the courts to apply Ghanaian law and punishment to allege crimes committed outside of the jurisdiction? Let me leave the legal tussle for the legal luminaries and focus on the agenda for this write-up.

I have heard of a group collecting signatures to get the president to free Nyantakyi.

I find the position of this group problematic because as we speak, Mr Nyantakyi isn’t incarcerated. In fact, Nyantakyi is a mere suspect who is going through criminal trials. According to the dictates of our jurisprudence, the man isn’t guilty until proven guilty.

If the man is not in custody and has also not been convicted of any crime as we speak, why would people want the president to free him?

Is the group thinking that Nyantakyi has no defence for which reason if the case is allowed to travel, he’ll be convicted and sentenced? If no why shouldn’t Nyantakyi fight once and for all to get back his total freedom as I believe he’ll be acquitted and discharged?

Of course, I will not pretend not to know that with the kind of governance and politics we do, the president can direct the Attorney General to file a *nolle prosequai* (no case) and discontinue the case.
However, it won’t bring finality to the matter as any future attorney General or government can revisit the case.

It’s for this reason I think the group should rather call on the court to expedite the case, else a situation may arise where this harmless move may be twisted by the *honest journalist* that members of the group, most of whom are friends and loyalists of Mr Nyantakyi have seen his imminent defeat and are calling for mercy to mislead the unsuspecting public.

I’ll rather we put pressure on the attorney General to stop the delay tactics and call on the court to fast track the case so we get to its finality.

Nyantakyi deserves to be free but forever. We should be mindful of the politics we do in this country and the unnecessary showboating and needless showmanship. We shouldn’t create an opportunity for future governments to disturb the peace of Mr Nyantakyi.