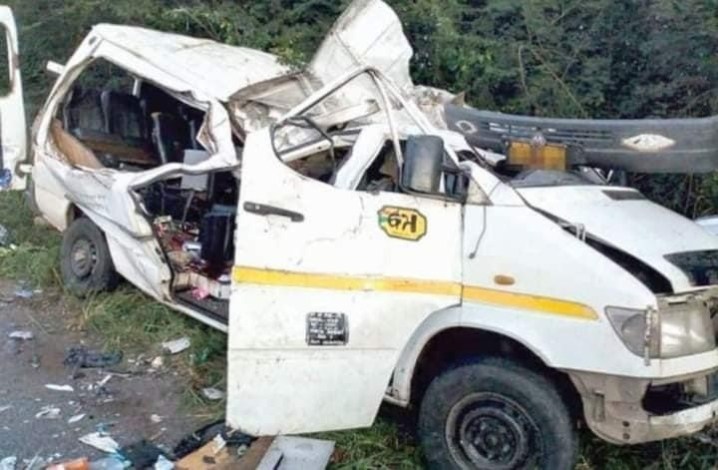 An accident at the Kintampo-Tamale road has lead to two persons losing their lives and thirty others sustaining severe injuries in a car crash.

It was reported on Tuesday, March 9, 2021, that, an accident has occurred at the Kintampo-Tamale road which was caused after the front tyre of a tractor detached causing it to crash with a commercial bus.

The incident occurred near the Soronoase Toll Booth, at around 5 pm which lead to many injured and some lives lost. According to eye witnesses, the front left tyre of the tractor detached just prompting unsuccessful evasive manoeuvre by the bus driver.

One of the eye witnesses said, “All I saw was that, the tyre of the tractor ahead of them removed and in an attempt by the bus driver to avoid colliding with the rogue tyre, tried to manoeuvre the bus away but was unsuccessful.”

After the accident, thirty of the passengers got injured whiles two died on the spot. Some of the injured passengers were referred to the Holy Family Hospital in Techiman whiles others are receiving treatment at the Kintampo Municipal Hospital.

It was revealed that, the bus involved in the accident was heading to Suyani from Bolgatanga in the Upper East Region.