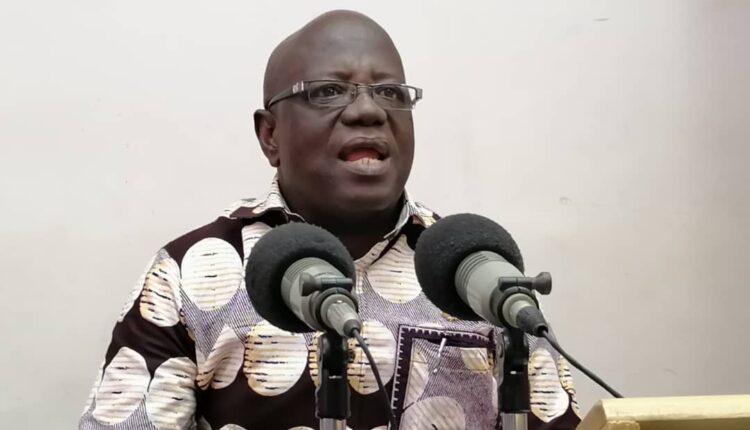 He was speaking to Skyy News on the sidelines of the visit of the Deputy Minister of Local Government and Rural Development Martin Agyei Mensah Korsah when he inspected some government lands at Anaji Brigade in the Effiakwasimintim Municipality of the Western Region.

Mr Acquah indicated that the former Mayor for the STMA, Mr Kobbina Pra Anan A.K.A Malon sold government lands that were meant for educational purposes for his own personal gains.

He said, “I came to the office, on August 1st, 2018. I had a letter from the Vocational Community Development School that encroachers who have encroached their lands and it was as a result of the former Mayor selling the school lands.”

“I called him and both of us went to the site, I asked about his involvement in the sale of the school lands which he told me the land belongs to his family of which he is secretary to that family,”

“I realised he has done another site plan which indicates that the area has been redesigned, so we took a copy of his document and we compared it to the master plan at the office and we realise it is not the same, indicating he has done some changes.”

“He was trying to tell me that land was his family land and we almost fought, the Deputy Minister is here purposely for this, non of the buildings built on this lands don’t have permits.”

“We will demolish all the structures here just like what is happening in Accra,” the MCE added.