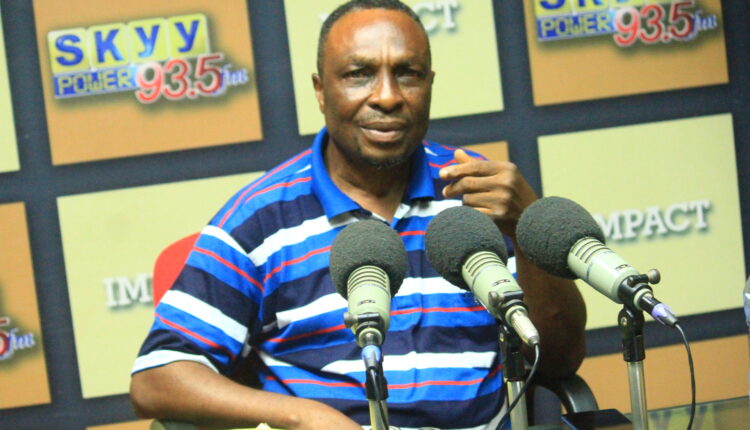 The former Metropolitan Cheif Executive (MCE) of the Sekondi-Takoradi Metropolitan Assembly (STMA) has denied claims that he sold government lands illegal during his tenure of office.

Speaking on the Jolly Breakfast Show on Skyy Power 93.5FM on Tuesday, June, 28, Mr Kobbina Pra Anan A.K.A Malon denied some allegations labelled against him by the MCE of Effia-Kwesimintsim Municipal Assembly (EKMA), Mr Kojo Acquah.

Mr Acquah indicated that the former Mayor for the STMA, Mr Kobbina Pra Anan A.K.A Malon sold government lands that were meant for educational purposes for his own personal gains.

He said, “I came to the office, on August 1st, 2018. I had a letter from the Vocational Community Development School that encroachers who have encroached their lands and it was as a result of the former Mayor selling the school lands.”

“I called him and both of us went to the site, I asked about his involvement in the sale of the school lands and he told me the land belongs to his family of which he is secretary to that family,”

Speaking today, he said, the STMA was in the process of rezoning that particular location before EKMA was even created. STMA could not complete the process so they handed it over to EKMA when it was created.

“The planning officers’ developers were all aware of this process and the rezoning of the land.”

Also, the land that was allocated to the Vocational School used to be 4.6 acres but it is no more and is now 2.05 acres which was a consensual agreement with documents to back them.

He claimed he cannot steal lands illegally and the allegations being labelled against him by the current MCE is false.