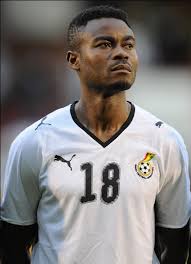 The 41-year-old rejoins the Dutch Eredivisie side where he spent most of his playing career after joining from Club Brugge in 1995.

He spent two loan stints at Roda JC between 2003 and 2009 before later signing for the club on a free transfer.

Eric Addo’s appointment comes after successfully earning his UEFA coaching license and is expected to help the Dutch side groom its young players.

The Ex-defender was part of Ghana’s team at the 2006 World Cup in Germany after making his debut Black Stars appearance in 1998.

Eric Addo won seven Eredivisie titles and one Dutch cup title at PSV. He also won the Belgian league with Club Brugge in 1998, and two Belgian cups in 1997 and 1999.