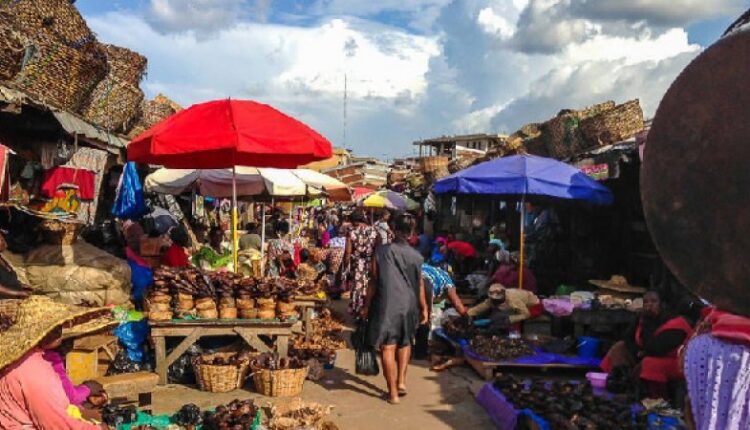 There high cost of transportation fares is a major cause of the increase in foodstuffs in the Western Region.

Markets in the Western were once upon a time, a place where a small amount could buy almost all the things you need for your local dush such as fufu, “kokonte”, “ampesi” and others but the situation has changed.

Women in the markets places such as Kojokrom, Sekondi-Takoradi, Assankragwa, Wassa East and Amenfi East told Skyy News that it was safe and cheap when trains were transporting foodstuffs from the rural areas to the market but it’s no more.

They said resorting to road transport has been difficult and they have no option but to increase the price of their foodstuffs and eventually pass it on to customers.

A trader said, “A salted fish that used to be sold at GHS3 is now sold at GHS7, and prices of other products have increased more than 100%.”

“This is due to the increase in fuel prices because the distributors charge according to the increment and because we have to make a profit, we increase it a bit more.”

They said they are hoping the fuel prices will be reduced or be stable because as it keeps increasing, consumers buy less.