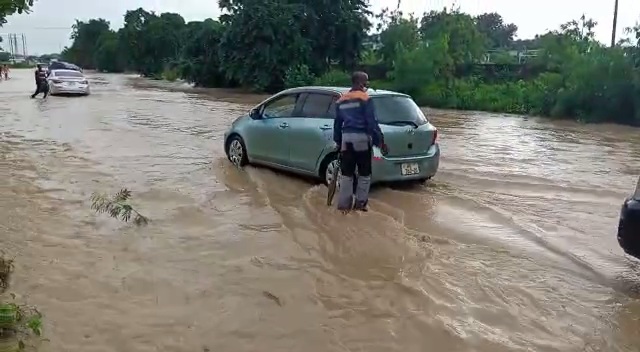 But for the desilting exercise by the Sekondi-Takoradi Metropolitan Assembly (STMA), and the Regional Urban Roads, cases of flooding in the Metropolis would have been worse.

This is according to the Sekondi-Takoradi National Disaster Management Organisation (NADMO) boss, Mr James Obeng Junior, who told Skyy News.

He said though some places are badly affected by this week rains, communities that were bound to get flooded are safe due to proper measures.

Mr Obeng Jnr revealed communities like Nketiahkrom, Fijai, Essipong, Ntanjorful and other areas are places that have been hugely affected and properties have been destroyed.

He indicated together with his men, they will be at the affected places to access the extent of damage and prefer solutions.

He said, “The extent of flooding and damage this time around is far better than what we have been witnessing whenever it rains,”

“Ketan, Fijai, Effia-Nkwanta, Nkotompo, West Fijai are areas that are on the desilting process we have embarked but there are only a few areas that we have not touched, and these are the areas that are still complaining.”

He indicated some areas like Nketiahkrom have serious drainage problems due to the nature of buildings that have been put up there, some are across drains, below sea level.

He further cautioned Ghanaians against the dumping of refuse inside gutters as well.