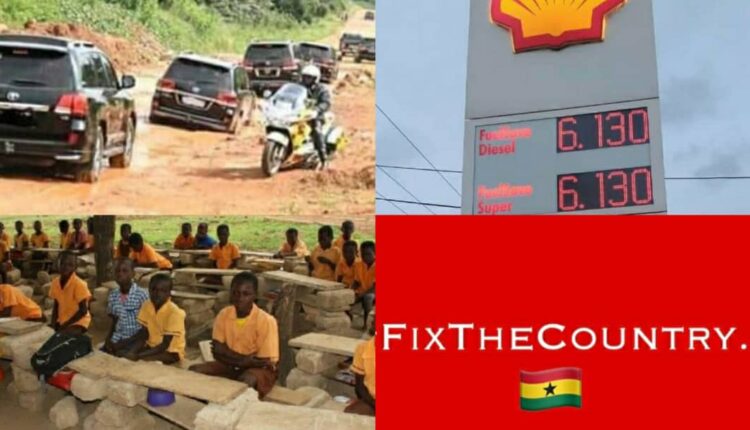 The rise in prices of commodities including fuel, building materials, utilities bills and galamsey activities destroying resources have triggered many people to campaign against the government as they believe it us underperforming and contributing to the destruction of the county.

The campaign is not only about the increase in commodity and illegal mining, but the high rate of unemployment, health system, government failing to fulfill many promises and the current power outages which is making life uncomfortable and leaving many people out of business.

The hash tag FixTheCountry which was started on twitter by a graduate of the Ghana Institute of Journalism widely known as Kalyjay, have trended for more than 3days now with over 500,000 tweets prompting the government to do the needful and see to it the right thing is done.