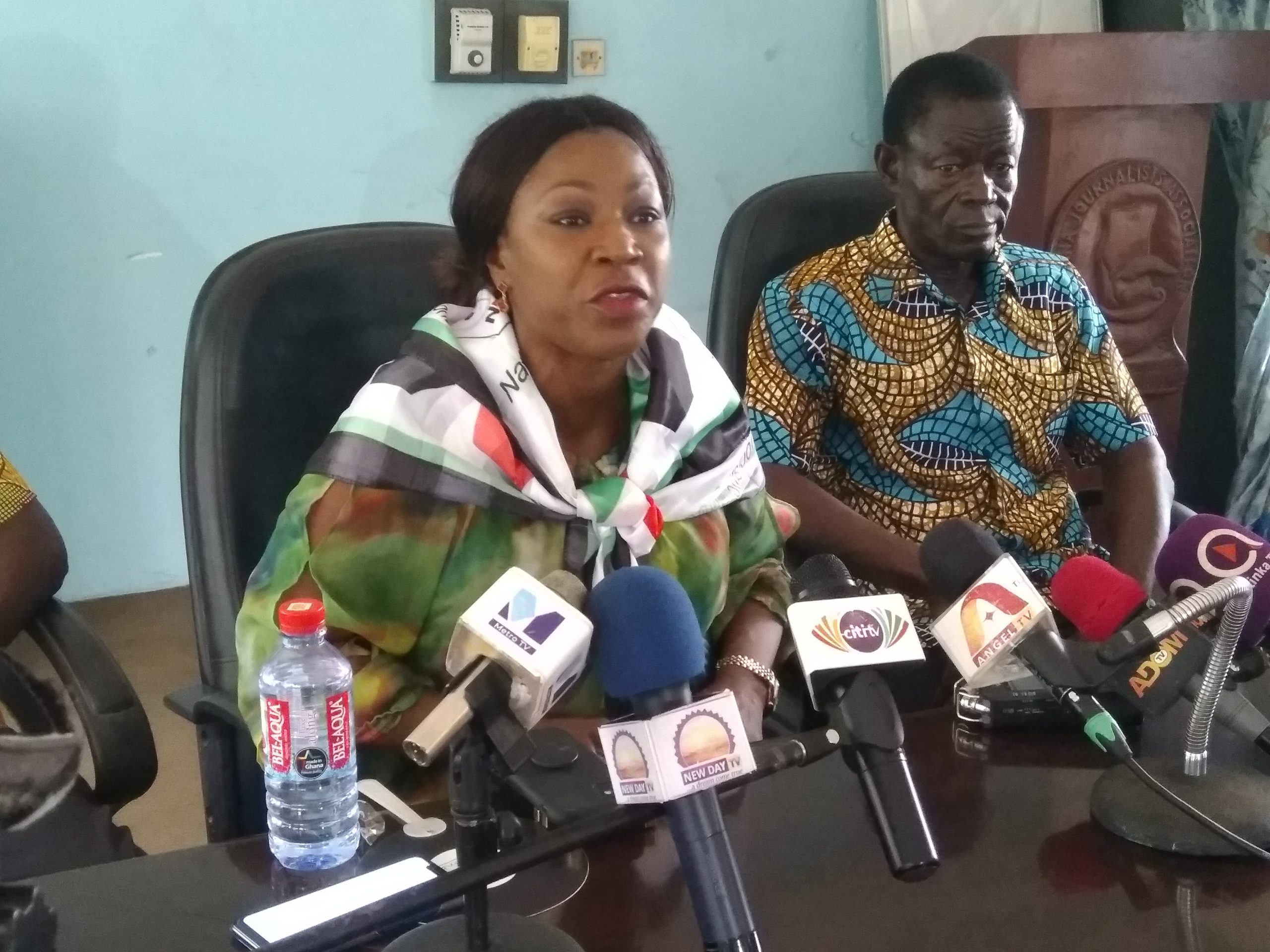 Parliamentary candidate for the Essikadu-Ketan Constituency, Professor Grace Ayensu Danquah wants the Ghana Railway Company Limited (GRCL) and the Ghana Railway Development Authority (GRDA) to abort its plan of resuming passenger train services from Takoradi to Tarkwa until the narrow gauge is replaced with a standard gauge on the rail lines.

The GRCL commenced free passenger rides from Takoradi to Tarkwa in January ahead of a proposed passenger train services. During the second phase of the exercise, one of the cargo coaches suffered derailment after which the GRCL announced an extension of the free ride.

In her view. Professor Ayensu Danquah who is contesting on the ticket of the National Democratic Congress (NDC) believes the derailment that occurred may be because of the old, faulty rail lines which run on a narrow gauge.

‘‘We should really sit back, stop the passenger train, fix the rail lines and put better trains on the rails again for passenger safety and comfort. The passengers have complained about it and we have to fix things. The trains are old, the narrow gauge line is old. The narrow gauge lines were fixed by Dr. Kwame Nkrumah so they are quite old. Look the journey was not supposed to take as long as it did but with old, faulty lines on a narrow gauge like we have, these are the red flags that will spring up’’ she explained.

Speaking on the Jolly Breakfast Show, Prof Ayensu Danquah believes it is no coincidence that the journey from Takoradi to Tarkwa was only smooth between Takoradi to Kojokrom because that rail line has the standard gauge in place.

‘‘When the erstwhile John Mahama administration was fixing the new standard gauge, they also repaired the old narrow gauge from Takoradi to Kojokrom. That’s why during this series of test runs and free passenger runs, the only comfortable part of the journey was from New Takoradi to Kojokrom’’ she concluded.