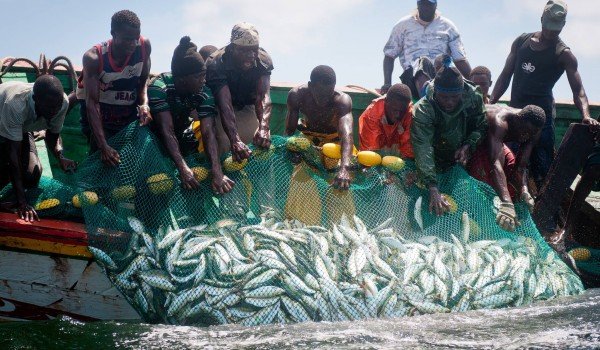 Fisherfolk in the country in anticipation of a greater fish catch following the end of the 2022 close fishing season for artisanal fishers as a rejuvenating measure to restore Ghana’s fish stock.

Ghana has instituted a close season yearly from the 1st of July to the 1st of August.

Mostly, close seasons are considered one of the key fishing management procedures to help protect fish stocks and also increase their population.

Mr Mike Adu, a member of the Ghana Canoe Fishermen Council speaking to Skyy Power 93.5FM whiles he was at Otuam where authorities were performing rights to officially lift the ban on fishing said:

“So there is a need for a mechanism to be put in place to replenish the stock or renew it… but it had its shortcomings until recently the Fishes Management Plan of 2014 to 2018 came out to re-echo what has been in the fishes act, section 84 of 2002 that a close season is supposed to be adhered.”