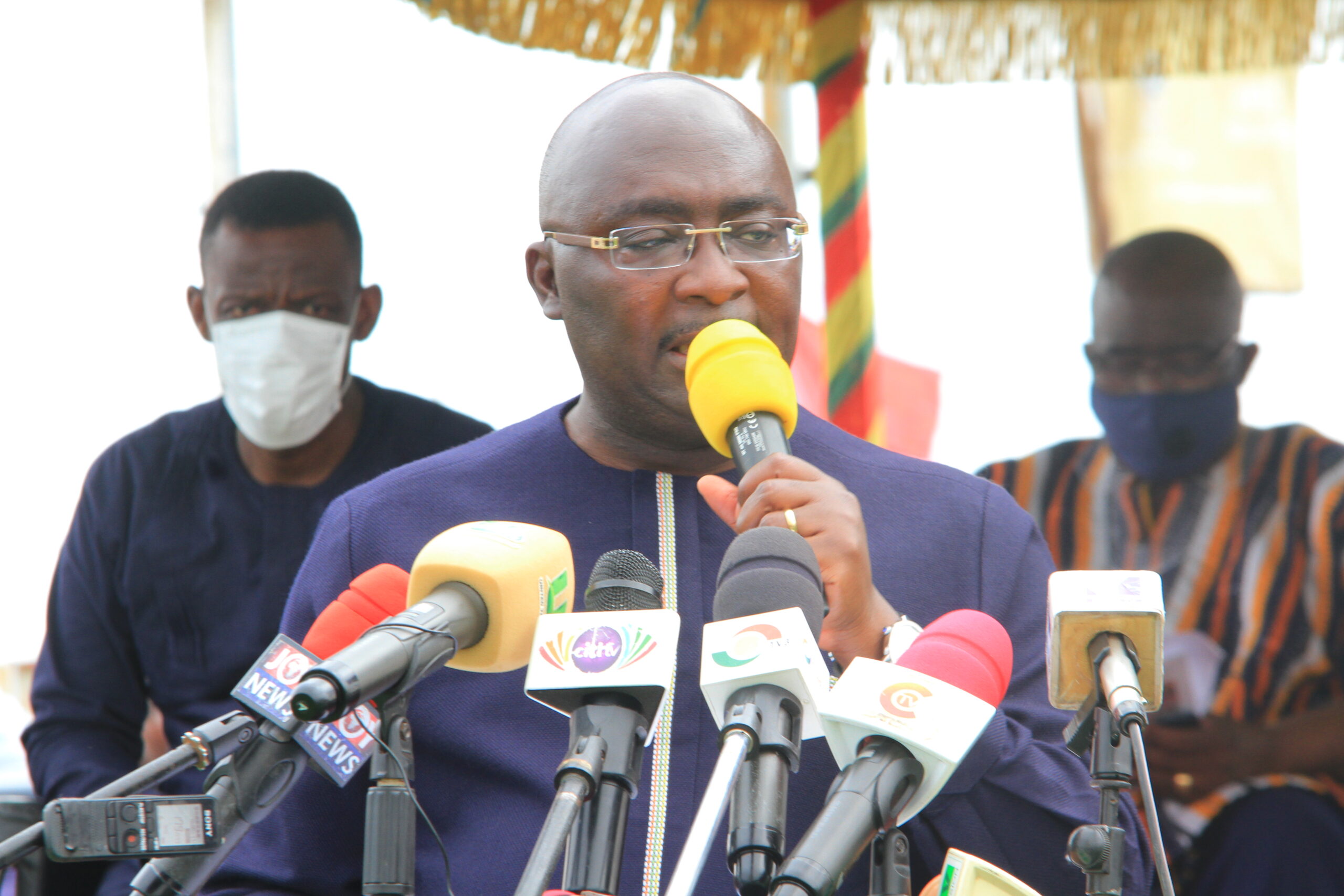 The Western Region, should all go as planned, will have its very first road interchange in 2023. Work on the Takoradi PTC Interchange project is expected to kick-start in earnest after Vice President Dr. Mahamudu Bawumia cut the sod for the project yesterday. The interchange a three-tier would be constructed within a thirty-month schedule, and it’s being financed by the $2 billion Synohydro Master Project Support.

Adding to this project, Dr. Bawumia hinted that another interchange project would be constructed over the period at the Paa Grant Roundabout, Takoradi. He said during the sod-cutting ceremony yesterday, that these projects, collectively, would improve traffic in a rather growing and booming economy of the Sekondi-Takoradi.

“I am happy to announce that Cabinet has approved the Loan and Commercial Agreement for the construction of the Paa Grant Interchange Phase I, and also that Parliament has approved the agreement. It is expected that works on these projects shall commence before the end of the year,” he explained.

According to him, phase I of the project will focus on the expansion of the road that leads from the Paa Grant Roundabout to Sekondi, “so as to reduce the inconveniences to motorists if the two projects are started simultaneously.”

“So the first phase will be the expansion of the road and the second, after the PTC interchange is completed, will then be the Paa Grant Interchange.”

Western Regional Minister, Dr. Kwabena Okyere Darko Mensah mentioned that these projects together with several others being undertaken in the area is providing approximately 5,500 jobs for the people in the region.

Chief of Takoradi, Osahene Busumakura III, said it would be disingenuous of him and the people of Takoradi, if the Akufo-Addo led government is not commended for transforming the area. He mentioned that Takoradi has become a major beneficiary of infrastructure projects over the past few years, and that “cannot be disputed.”