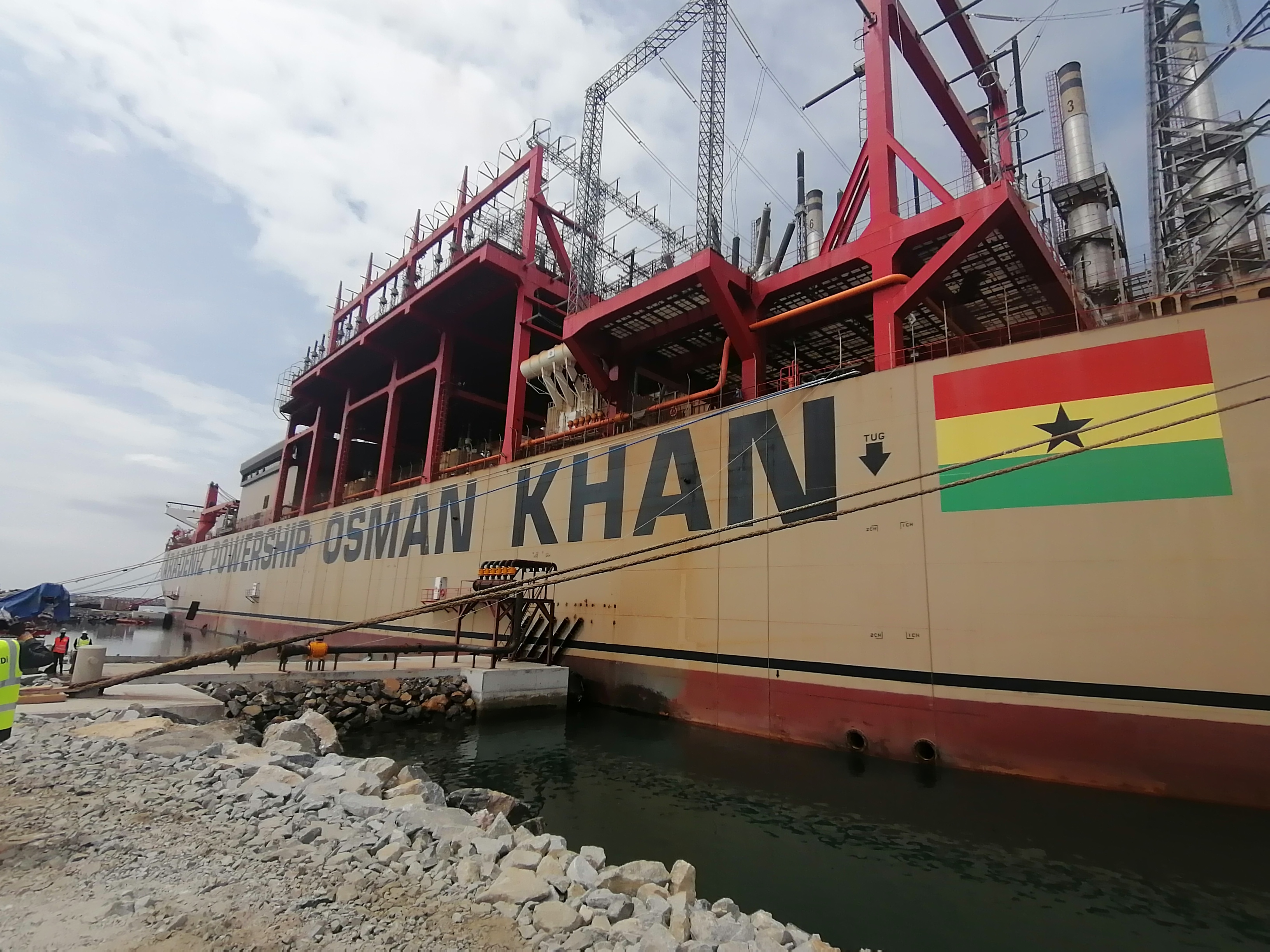 First Gas to flow to Karpowership within 4 weeks- Energy Minister

The 470MW Karadeniz Powership Osman Khan of Karpowership Ghana Limited, is expected to receive it’s first gas to power up plants within the next four weeks, Minister for Energy John Peter Amewu has hinted.

The speculated time would afford the construction company Amandi Construction Limited to complete critical components of the project , which includes the 10 kilometer pipeline and regulating stations from the Takoradi Regulating and Metering Station at Aboadze to the Sekondi Naval Base, where the powership has docked.

John Peter Amewu after an inspection tour at the Onshore Terminal Station (OTS), Essipong observed that the project has been quiet impressive despite some technical challenges that need to be addressed by ENI and Ghana Gas to facilitate the tie-in of the pipeline to the TRMS.

Albeit, the minister is hopeful the 17 day period for the interconnection of the pipelines and transmission to the Aboadze enclave would be realised.

“There’s been some few problems as you might have heard… Because of some little delay in terms of having the first gas. Now that the Karpowership is available here, we need to quickly connect it to first gas. Whiles it’s here it will still feed on heavy fuel for some short period. But the quicker we move for first gas the better it is for us.

“The pipelines for the gas have been completed, the transmission lines are in place but at the OTS, there are certain things that need to be done, where the gas has to be reiterated in terms of and bringing the pressure down” he clarified.

The entire project scope for the gas interconnection infrastructure by Amandi is due to be completed by October this year.
General Manager for Amandi Construction Limited, David Ben Ayun says they are working tirelessly to complete critical component of the project by September this year.

“The contract is expected to be executed by October. We are trying to accelerate it in order to get the first gas earlier” Mr Ayun stated.

For the next couple of weeks the Karpowership will be feeding on heavy fuel to produce electricity.
Managing Director, Karpowership Ghana Limited, Volkan Buyikbicer emphasised that the company is likely to kick into full operation by end of August, 2019.

“Within the shortest possible time, approximately by the end of this month we are likely to begin generation” he told the media.