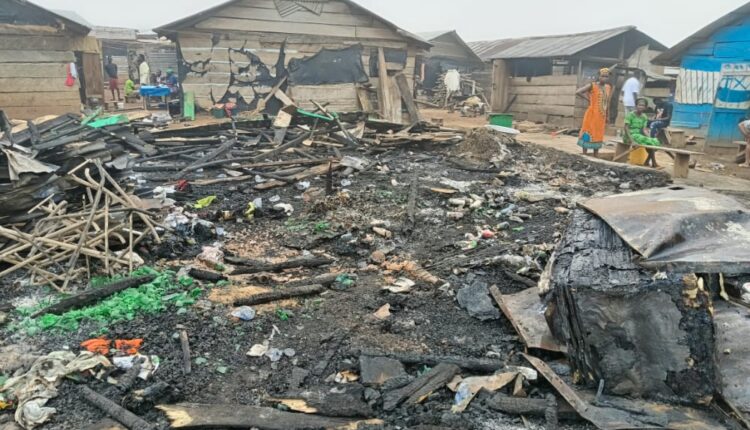 Information reaching the desk of skyypowerfm.com indicates that fire has razed down structures occupied by alleged sex workers at Adaase in the Amenfi West Municipality of the Western Region.

According to the report, the incident happened on Wednesday, November 30, at about 5 am in the morning.

The National Disaster and Management Organisation (NADMO) Director in the Amenfi West Municipality, Mr Kissi Adjei speaking on the Jolly Breakfast Show on Thursday, December 1st, said the fire was a result of a lit mosquito coil.

He further explained that an unconfirmed number of structures were affected but structures affected will be more than one hundred (100).

According to reports, the affected area is majorly inhabited by female Nigerians who are all engaged in prostitution.

No death was recorded but an unconfirmed number of victims sustained some level of injuries.