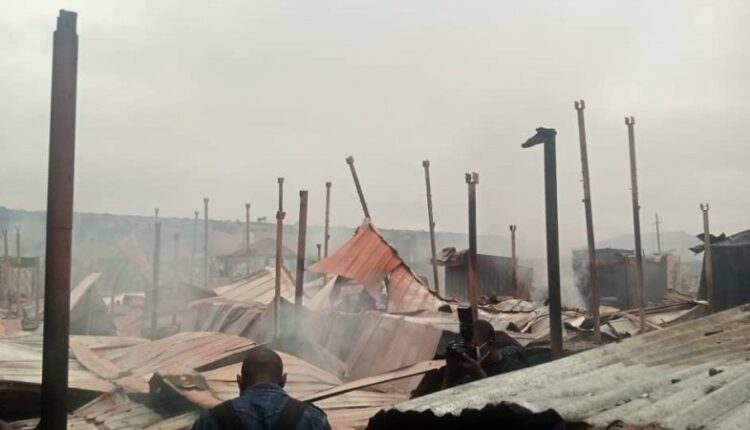 The cause of the fire was not immediately known as fire service and disaster management officials among other state authorities were still assessing the situation to determine the cause and also the extent of damage.

However, officials have described the destruction caused by the inferno as beyond description and promised to get to the bottom of the matter and ensure safety and security of traders.

Some traders told the Ghana News Agency that it had been long since a similar outbreak occurred in Akim Oda, saying, it was approximately 18 years ago (2003) since a similar thing happened at the Oda main market.

She said the Officers rushed to the scene with a fire tender and called for more assistance from other fire stations to help extinguish the fire.

The Commander said due to the lack of easy accessibility to the market, it took many hours to quench the fire, and added that the situation was brought under control at about 03:15 hours on September 14, 2021.

There was no casualty, she said, and called on traders to outline clear pathways when putting up structures by consulting the appropriate authorities and the Assemblies.

Ms Victoria Adu, the Birim Central Municipal Chief Executive, consoled the victims and assured that efforts would be made to ensure their safety after a thorough assessment of the situation.