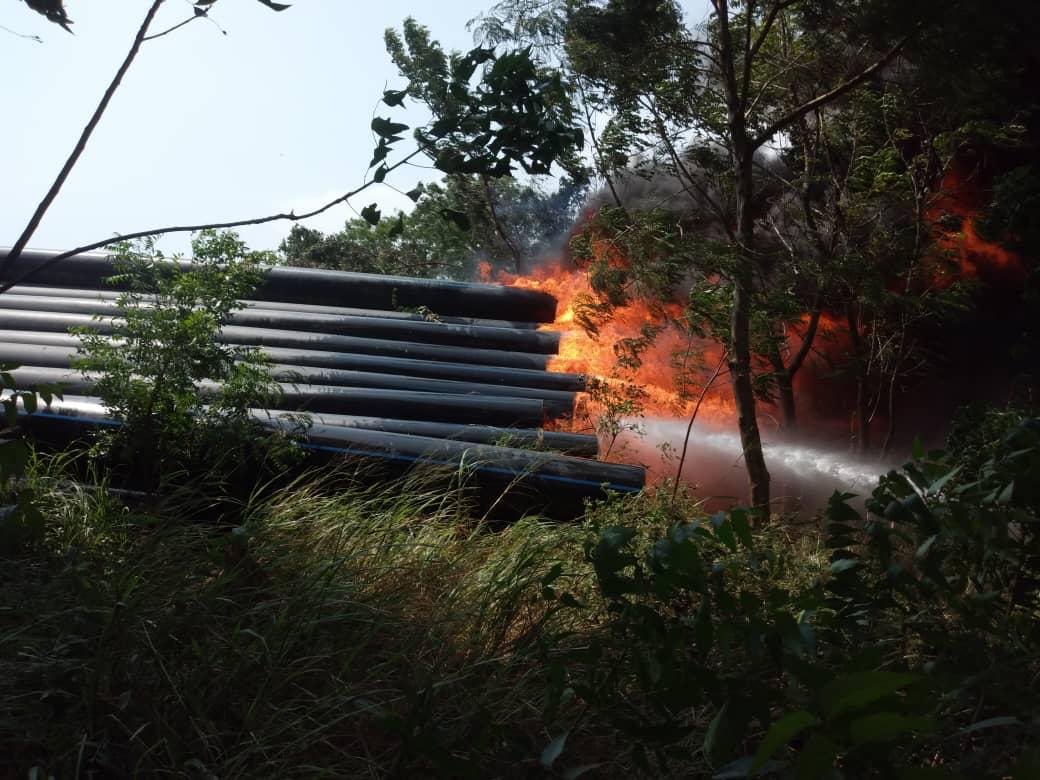 A fire outbreak has destroyed the Effutu Municipal Directorate of the Ghana Water Company treatment site in Winneba, burning a quantity of water pipes, costing thousands of Cedis.
Mr. Henry Asiedu, Commander, Effutu Municipal Command of the Ghana National Fire Service told the GNA that the incident happened around 1320 hours.
He said, Mr. Tettey Copson, Manager of the Effutu Municipal Water Treatment Site, reported the incident, and fire personnel were quickly dispatched but had to call for support from Apam and Swedru Fire stations because of the combustible nature of the pipes.
“It took three hours to bring the fire under control”, he noted.
Mr Asiedu said the cause of the fire was not known and cautioned people to stop burning bush in the dry season.
He said no causalities were recorded, but urged the public to call the Fire Service, whenever there was any fire outbreak in their localities.