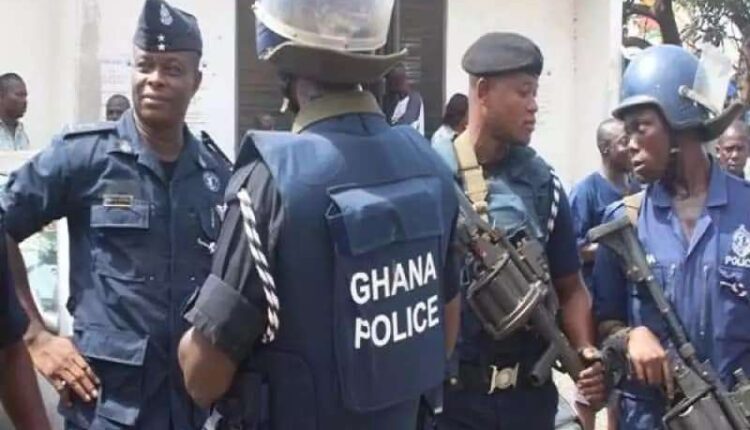 A playloader operator has ghastly been shot by a female armed robber at a winning site at Gomoa Manso in the Central Region.

The departed identified as Kwame Abeiku who is 26 years old was working on the site when the armed gang led by a lady pounced them on Wednesday, 7th June,2021.

Police reports indicated that the man was shot in hand while he was working and an unknown money was taken from them.

He stated that, the police found a man about 26 in grey jeans and a red shirt dead behind the steeling wheel of the pay loader.

He further added that, when the body was inspected they found a deep gunshot lesion on the deceased’s right chin.

The Officer revealed that, Abeiku at about 6pm was driving a payloader to Gomoa Manso with other workers on board after working at the sand winning site when he met his mistimed death.

“The victims were attacked by three armed people with his short barrel gun, the lady fired and killed the loader operator instantly and robbed other occupants of an unspecified amount of money and escaped the bush”.

He stated that, other workers got injured, he listed other victims Emmanuel Asare who is 55 years, Charles Aidoo who is also 20 years.
They are currently the at Agona Swedru Municipal Hospital receiving treatment.