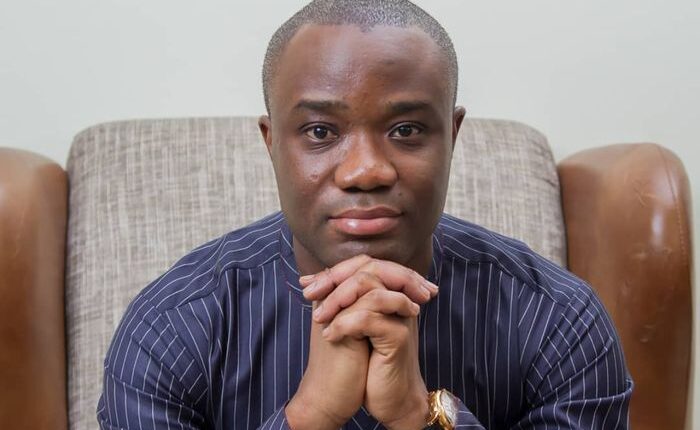 That is an Akan proverb which loosely translates as, “the cut throat fears to sleep in supine position, lest his own throat be slashed”

Muhamadu Bawumia, Ghana’s Vice President, is currently overwhelmed by a mortal fear of the NDC as he is reported to have told participants at a retreat for Majority NPP MPs and members of the Executive, that the NDC is planning to frustrate his party’s efforts at governing.

The exact quote attributed to the loquacious Vice President is as follows, ”the propaganda machinery of the NDC is well oiled using their representation in Parliament. Every conceivable government intervention or intention will be seriously attacked.

It is as yet unclear how Bawumia would feel that he has said anything profound through these words. At best, his words are pedantic and pretty obvious. For, it is precisely the duty of the opposition and Minority members of Parliament, to hold the government to account, especially one as intransigent, obstinate, corrupt, reckless and insensitive as the one he plays second fiddle in.

As far as questioning the government’s claims on achievements, interventions, intentions and promises are concerned, Bawumia has much to fear.

The NPP’s track record of lies packaged as truth and their lofty and boastful claims over very little to nothing, that they like to pass off as significant achievements, would suggest that members of the opposition and Minority MPs have to operate at full throttle to save the public from the deception governance that Bawumia is so enamoured of.

However, no lies or propaganda would be required in the endeavour, as the deeds, nay misdeeds, of this government, are so many and come in such droves that one only needs to look at the facts to expose them.

Many would wonder why Bawumia is so terrified of scrutiny, as that is to be expected in a democratic environment, where accountability is an absolute necessity.

The answer is not farfetched. It lies squarely in his own conduct and posturing in the not too distant past. He was unleashed as an arrowhead of NPP propaganda and lies against the NDC in the run-up to the 2016 elections.

Wave after wave of falsehoods were peddled by him and his boss, Akufo-Addo, as a key plank of their campaign strategy. Abusing public confidence in his supposed credentials, he had no compunction telling the most outrageous lies while grinning from ear to ear.

Despite the best efforts by the NDC to correct his many distortions of facts, he found allies in an uncritical media and less than scrupulous sections of the so-called moral society, who amplified his words but who have subsequently been revealed as nothing more than surrogates and vested interest operatives of the NPP.

Significant sections of Ghanaians bought into his lies, paving way for victory for his party in the 2016 elections. In government, however, a combination of reality and hopeless incompetence, have served to remove the artifice that veiled his true nature as a smooth talker, who has gone back on nearly every word he uttered in respect of the management of the affairs of the country.

A huge and unsustainable debt overhang,rapid depreciation of the Ghana cedi,loads of taxes and severe economic hardships have forcefully drummed home the reality to the previously doting Ghanaian public and serious questions are now being asked about the aptitude of the administration that he serves in.

The then 106 Minority members of Parliament, got off the mark very quickly in 2017 and led a brilliant charge of exposing and checking the excesses of the Akufo-Addo/Bawumia government to the admiration of all and sundry.

A feat that, no doubt, convinced the Ghanaian electorate to increase their numbers in the 2020 elections to the current 137 which has ensured parity with the NPP in Parliament. It is well known that but for the brutal misuse of security goons to take over seats won by the NDC, the NPP would have been in the Minority at the moment.

It is the Minority’s track record and their efficiency that has struck fear into Bawumia’s heart and compelled him to issue what he believes to be a preemptive warning to his MPs to stand toe to toe with the NDC .It stands to reason that if 106 MPs made life hell for 169 Majority MPs, then 137 of them would constitute a nightmare for a corrupt, over-reaching government.

More importantly, Bawumia appears to have gotten himself frightened that his strategy of presenting lies as truths, would be emulated by the NDC to pillory his government.

That would not be necessary as there is enough evidence of wrongdoing and maladministration to keep Minority MPs and other members of the NDC occupied in the three years or so left of the NPP’s mandate. Inventing lies and propagating same, would simply have no place in the NDC’s arsenal.

To put things in perspective, in order to have an inkling into Bawumia’s thinking and the reason for his mortal fear of the use of lies against his government, find below a list of blatant untruths peddled by him and his boss in a bid to undermine the NDC;

On 9th December, 2014, he lied, at the Aliu Mahama memorial lectures, that the cost of the Kasoa Interchange had been inflated. This was later disproved by his own Minority Ranking Member on the Roads and Transport Committee of Parliament, Hon Kofi Owusu Aduomi, who he later appointed as his Deputy Roads Minister in 2017. Mr Aduomi is an Engineer by profession and once worked with the Ghana Highways Authority.
On 19th October, 2015, he lied that Government spent US$10million on the printing of diaries. He provided no proof. That claim was also false and he knew it. Even a child would know that if even the Diaries were gold and diamond- plated, they would not cost that much. Besides, he has printed more diaries than the NDC did. Thus, it would be useful if he could disclose how much it cost to do so.
On 21st October, 2015, he claimed at a gathering in Amsterdam that government and the Electoral Commission were scheming to rig the 2016 elections. He provided no proof of this and actually won the 2016 elections by the largest margin in recent memory.
On 19th December, 2015 he lied at an NPP delegates conference in Sunyani that ALL government projects have been awarded to enrich Government officials. He provided no proof. In power, he operates the most obscene form of nepotism, doling out one dubious contract after another to relatives and known cronies, often in flagrant violation of procurement laws.
On 29th February, 2016, he lied that the Ridge Hospital Project was inflated by US$142million. This falsehood was dispelled by his long time ally, Kweku Baako, who had no option than to divulge the truth, which vindicated President Mahama.
At the same event, he lied that the Salaga District hospital project had been abandoned and no progress had been made, when in fact, the hospital had reached lintel level.
And then there are Bawumia’s Lies:

On 25th June,2018, he lied at a Value for Money Conference in Accra, that building District Hospitals for $25million was too much and that he could use the same amount to build five District Hospitals. Meanwhile, on 19th August,2020, his boss, President Akufo-Addo, cut sod for a $41million District Hospital at Shama. Also, the recently launched and much-vaunted Agenda 111 Hospitals, are said to cost $17million for a much smaller District Hospital than what the NDC built. This doesn’t reflect the building of five District Hospitals for $25million.
At the same programme, he lied that Nigerian Business colossus, Aliko Dangote, had built a 1,000 bed hospital for $12 million and lambasted the NDC for building 100 bed hospitals for $25million. The claim was false because Dangote had in fact, renovated 5 surgical theatres in an existing hospital for $12million and only expressed an intention to build a 1,000 bed hospital in Kano. He did not put a cost to the project. In any event, if a 1,000 bed hospital could be built for $12million, why did Bawumia’s boss, the President, cut sod for a 285 bed Regional hospital in the Eastern Region for $82million?
On 18th August, 2015, he claimed at the Alisa Hotel during a press-conference, that he had evidence of 760,000 foreigners from Togo, Cote D’Ivoire and Burkina Faso on the Ghanaian voters’ register. He claimed to have presented only 10% of the evidence and that the NPP will make the remaining 90% available in due course. Several years after this claim, he has failed to produce the remaining 90%, after it turned out that even the so-called 10% he presented, was fabricated. The NPP also sent word to the Electoral Commission that they were no longer willing to submit the remaining 90%.
In November, 2015, he lied that the NDC Government had borrowed US$ 37 billion in seven years. After this lie and its illogical implications were exposed, he quickly shifted the goal post and claimed he was talking about “the value” of money borrowed, when our debt has never been calculated through the fraudulent manipulation of figures that he attempted that day.
The foregoing are only a few of the many tall tales told by Bawumia and his boss. But these lies make it clear that Bawumia harbours fears that, having waged a campaign of calumny and deliberate fabrications, and swept to power on same, the NDC would return the favour.

Our Vice President would have to pipe down and have his fears allayed, at least to the extent that no lies would be needed in the struggle to oust his government at the polls in 2024.

He however has a lot to fear from the NDC and our MPs when it comes to the effort to hold his government to account. This will be relentless and nothing would stand in our way. The era when he thrived on lies have long passed and he, of all people, should know this.