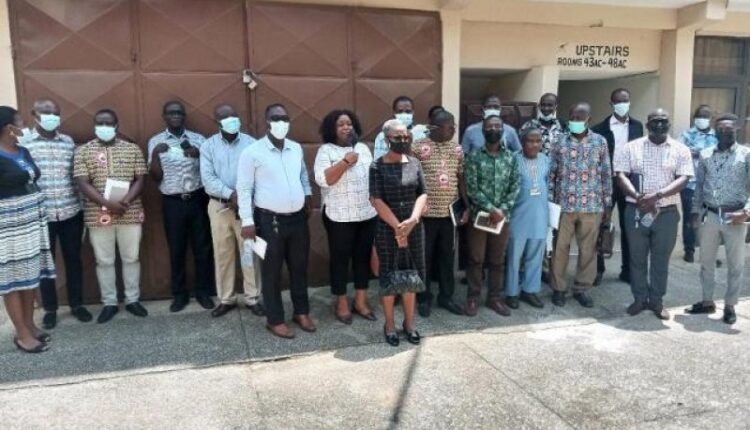 The Food and Drugs Authority (FDA) in the Eastern Region has launched a campaign to combat substandard and falsified (SF) medicines to ensure quality, safe and efficacious medical products are available in the local markets.

The regional campaign is in response to a survey carried out by the World Health Organisation (WHO) in 2019 that revealed that a substantial number of consumers in Ghana were exposed to SF medicines.

In that survey, 54 per cent of participants said they were unable to determine whether the medicines they used in treating their conditions were genuine or of good quality.

Addressing stakeholders during the launch, Mr Samuel Kwakye, Head of FDA in the Eastern Region, said the dangers of SF medicines, otherwise called counterfeit medicines, in the Ghanaian market could not be overemphasised.

He said SF products by their nature were difficult to detect, “this is because they often appear identical to the genuine product and may not cause obvious adverse reaction.”

However, they often fail to properly treat the disease or condition for which they were intended, and could lead to serious health consequences, including death, he said.

“Indeed, falsified medicines are not what they are presented to be with respect to content or source,” Mr Kwakye said.

Studies show that substandard and falsified medicines continue to be the bane of the developing world including Ghana.

The World Health Organization in research conducted in 2017 estimated that one in 10 medical products in low or middle-income countries are substandard and falsified.

The illicit trade is considered a multimillion-dollar business that claims the lives of millions around the world.

To combat this illicit trade, Mr Kwakye said, Ghana’s FDA assisted by donor agencies like United States Pharmacopeial Convention, GlobalFund and WHO has been conducting market surveillance on medicines on the Ghanaian market.

He explained steps being taken by the authority to get rid of fake medicines, say the FDA has heightened surveillance at ports of entry to consolidate the gains, leading to the seizure and safe disposal of many fake products.
It is also working with neighbouring countries through the West Africa Health Organization, WHO and International Police (Interpol) to get rid of it.

It constituted a 12-member Inter-Agency Committee, with representation from the Security Services, the Judiciary Service and other allied health agencies, to provide strategies and recommendations on combating the menace.

He said the move included; developing and maintaining a watch list of medical products considered to be most susceptible to counterfeiting and the FDA and WHO had adopted a risk communication approach, resulting in the production of radio jingles, the printing of posters and the organisation of series of stakeholder and press briefings and appealed to the public to report suspicious activities involving SF medical products to the FDA.

Following FDA surveillance on the market, Mr Philip Dotsey Glikpho, Head, Product Quality Monitoring Unit at FDA, said there reductions in the SF anti-malarials in the Ghanaian market from about 39 per cent in 2009 to 1.4 per cent as at 2018.

In Ghana, he said medicines were only allowed through the Tema Port and the Kotoka International Airport, but unapproved borders with neighbouring countries posed a challenge to their surveillance.

Another challenge mentioned was that FDA did not have legal backing to confiscate counterfeit products while punitive actions handed over to culprits were also not deterrent enough.

Mr Glikpho called for additional support such as equipment and vigorous training for the authority to carry out robust investigations and collect intelligence on perpetrators of substandard and falsified medicines in Ghana.

Mrs Brenda Yayra Oppong, Eastern Regional Manager of Pharmacy Council, described the statistics showing widespread exposure of consumers to SF medicines in Ghana as scary, but said the situation was not unsurmountable.

She called for unwavering commitment and effective collaboration of stakeholders to root out the menace to guarantee the safety of consumers.

WHO representative who spoke in a recorded message and other stakeholders also called for the strengthening risk communication approach to improve detection and mobilise public support to combat counterfeit medicines in Ghana.