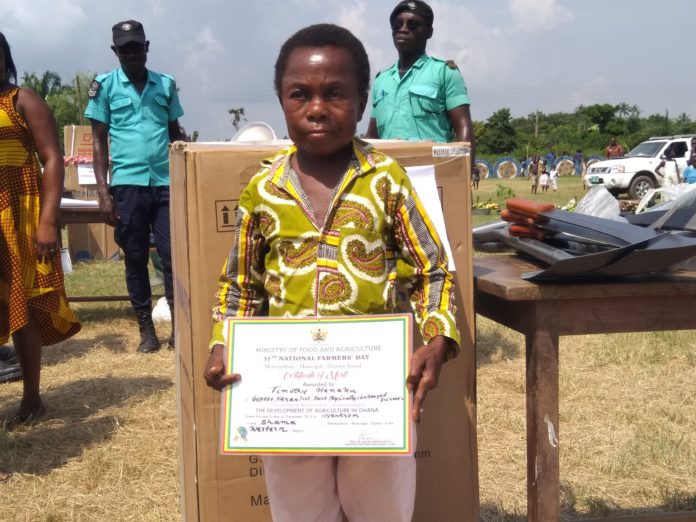 The awardee; Timothy Henaku, defied all odds to make farming a business since he completed basic school in 1994.
He’s with a rare growth disability; which had impaired his physiological development.

Mr. Henaku owns two acres each of vegetables, and cassava farms. He has also cultivated an acreage each of coconut and plantain as part of his agribusiness.

His story is to inspire other persons with disabilities to look beyond their limitations or disorders and make an impact in society.
He is the very first to have been awarded by the Shama District Assembly, as the Best Physically Challenged Farmer.

He was given a refrigerator, a knapsack sprayer, a radio set, half price of African fabric, two bags of limestone, three pieces of cutlass and other agri-tools.

Having sex twice a week ‘reduces chance of heart attack by...

Wassa East: Let’s Put the Past behind us and focus on...

The 21 Most Important Dating Tips for Men