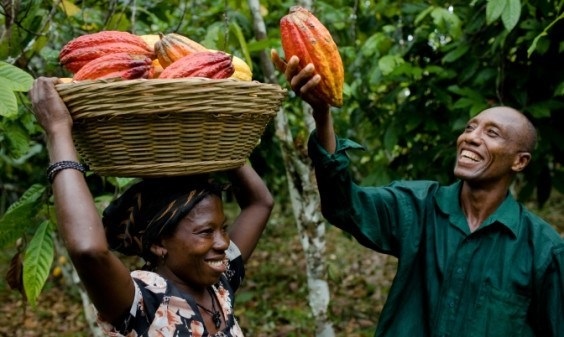 ‘Farmers Day celebration is a motivation for students’

Mr Francis Amoako Mensah, the Headmaster of the Nyankomasi Ahenkro Senior High School in the Central Region, said the Farmers Day celebration provides an avenue for learning and motivation for students pursuing Agriculture.

He said programmes that engaged farmers were worth witnessing by students as they had the potential of reviving interest and igniting their zeal with the expectation that they would be honoured for their hard work one day.

Mr Mensah said this in an interview with the Ghana News Agency at the on-going 37th National Farmers Day in the ancient city of Cape Coast, the Central Regional Capital.

“Planting for Food and Jobs: Consolidating Food Systems,” is the theme for the Day, which will honour some 157 farmers and fishermen for their services to the nation.

Mr Mensah said studying agriculture was not about reading alone as “it is very practical and students need to be exposed to this side of the practicality”.

He urged parents to give full support to their children who had interest in agriculture because the sector is “lucrative”.

He admonished students to keep their interest high and not allow anyone to dissuade them or underestimate their potentials as they were pursuing an important field of study by all standards.

Faustina Baidoo, a form two student of the school, said she deemed it a great honour to be part of the celebration.

“I feel a part of what is happening, at least to see that the reward at the end of the struggles of farmers and fishers is huge. The recognition alone is satisfying,” she said.

Benedicta Reynolds, another student, said she developed an interest in agriculture when she was admitted into school, debunking the perception that agriculture was for the uneducated and the poor.

“I’ve come to understand that there are so many misconceptions and myths around agriculture. I am happy and proud of what I chose to do.”

Mabel Baah, a General Arts Student, said she was happy joining the team for this year’s programme and expressed the hope to learn more to clear the notion that “agric is just about farming.”